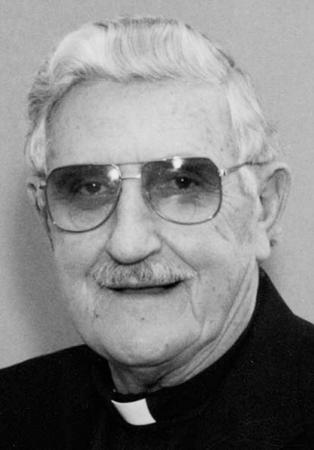 Father Peter F. Brudzynski, a Salem native, died in Venice, Fla. on Dec. 9, 2017. He had celebrated his 91st birthday on Sept. 8. Born in the Witch City on Sept. 8, 1026 he was a son of the late Wlayslaw and Wladyslawa Brudzynski. He was an alumnus of St. John's Seminary, a member of the Class of 1950, he was ordained at the Holy Cross Cathedral on May 3, 1950 by Archbishop Richard J. Cushing.

Following his ordination until 1958 he served in a number of archdiocesan parishes as an assistant: St. Ann by the Sea, Marshfield; St. Thomas Aquinas, Nahant; Our Lady Help of Christians, Newton; Our Lady of Pompeii (Italian), South End; St. Brigid, Lexington; Holy Trinity (Polish) Lowell; and St. Angela Merici, Mattapan.

In February of 1958 he was released for service in the United States Navy's Chaplin Corps. The years of his chaplaincy coincided with not a little social upheaval and unrest in the United States spilling over to affect all branches of the military service reaching its height during the Vietnam conflict. Father Brudzynski and his fellow chaplains, admired by the military personnel, served during challenging times. He served as a chaplain on land and sea for the next 20 years, attaining the rank of captain; he retired from the Chaplain Corps in April 1978.

Cardinal Humberto Medeiros granted him permission to serve on lend lease basis in the diocese of St. Petersburg, Fla. and when the new diocese of Venice in Florida was created in 1984, he was on lend service there.

Bernard Cardinal Law granted him senior priest retirement status in 1996 and Father Brudzynski remained in Florida serving in parishes in the Venice diocese until very recently.

Venice's current Bishop Frank J. Dewane was the principal celebrant of Father Brudzynski's Funeral Mass at the Cathedral of the Epiphany in Venice on Dec. 13, 2017. Father Brudzynski was buried in his family lot at St. Mary Cemetery, Salem.