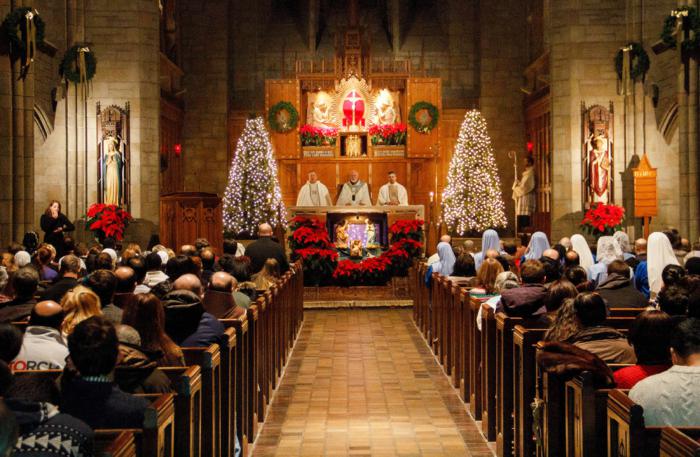 BOSTON -- Music, adoration, prayer, and a midnight Mass to be celebrated by Cardinal Seán P. O'Malley will usher in the New Year at St. Clement's Eucharistic Shrine in Boston.

An annual tradition in the Archdiocese of Boston, the New Year's Eve prayer vigil will begin at 10:00 p.m. with a period of music and adoration. Recitation of the rosary will start at 10:50 p.m., and will go on until 11:15 p.m., when the Mass with Cardinal O'Malley will begin. A reception will be held until 1:00 a.m. following the Mass.

The prayer vigil will be open to the public.