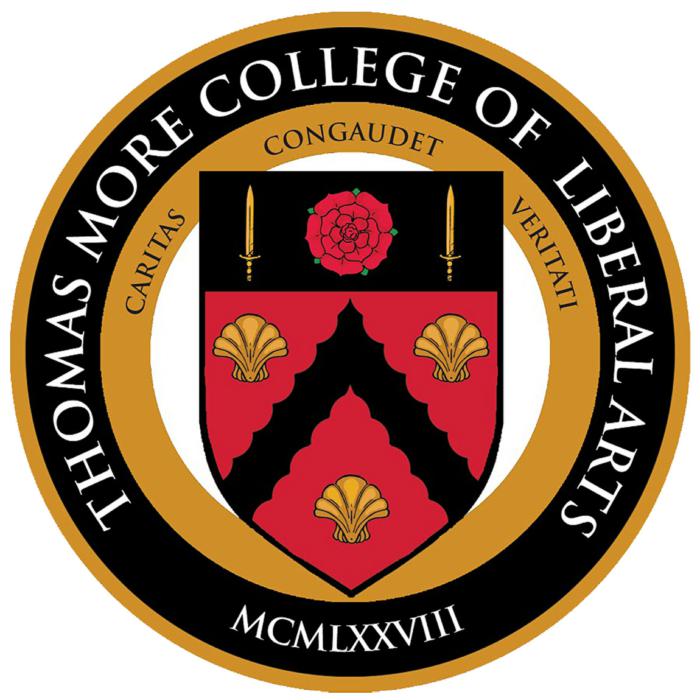 MERRIMACK, N.H. -- Thomas More College of Liberal Arts announced Dec. 5 the inauguration of a new initiative: the Center for the Restoration of Christian Culture.

Designed to preserve and enrich Christian culture and the teachings of the Church in New England, the center will promote active involvement of Christians in civic life, educate young people in the liberal arts, and protect and encourage a healthy family life.

The center will invite speakers, host seminars, and organize conferences, and will encourage both intellectuals and civic leaders to take part in discussions, bringing town and college together and exploring the practical applications of ideas. The center will support active involvement in the arts, in politics, in literature, in education, and above all in the life of faith.

Fahey said that the idea of establishing a center for cultural renewal had been present in the minds of the administrators at Thomas More College since the school's foundation. The project became a practical possibility, he said, when Esolen and Lawler agreed to join the Thomas More College community.

"Esolen is one of America's foremost writers and a trenchant observer of our cultural malaise," explained Fahey, "and Lawler has had years of experience commenting on the ebb and flow of Catholic leadership within America and the wider world, always with a wise sense of how we should direct our attention and renew our conversation."

Esolen explained that he was attracted to the project because "the actual thing, culture, is disappearing from the West -- certainly from the United States and Canada." He added: "We are in the midst of massive culture amnesia."

Lawler added that he was particularly happy with the Center's local focus.

"I firmly believe that New England could be the place where a new, positive, and distinctively Christian vision of America's purpose will emerge: first, because the region has always been a nursery for new ideas and new movements; second, because the pendulum has swung so very far in New England -- prevailing public opinion is so far from the truths that are inscribed on the human heart -- that a reaction is inevitable," Lawler said.