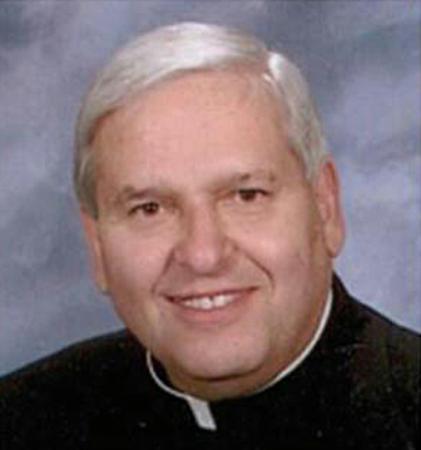 Father Richard C. Messina, an East Boston native who grew up in Medford, died after the lingering illness at his home in Wells, Maine on Oct. 12. He had celebrated his 78th birthday on July 16. Born in the Hub, he was the son of the late Joseph and Mary (Gibelli) Messina and brother of Theresa Luca of Medford.

Raised in Medford, he attended St. Clement High School in Somerville prior to entering St. John's Seminary as a member of the Class of 1965. Following seminary formation, he was ordained to the priesthood at Holy Cross Cathedral on Feb. 10, 1965 by Richard Cardinal Cushing.

His first assignment was as an assistant at St. John Vianney Parish in Revere's Point of Pines section. In 1968 he was named an assistant at Blessed Sacrament in Boston's Jamaica Plain section, just a few blocks away from Cardinal O'Connell Seminary where he had started his priestly formation some years prior. The two parishes were dramatically different: Point of Pins was a small parish, perched at the edge of Revere just before crossing the bridge to Lynn; it catered very much to the summer crows at the "First Public Beach." Blessed Sacrament was a large parish; its basilica-like church, elementary school, convent and rectory and tightly packed parishioners dwarfed the Revere parish.

Just a few years later, he began 11 years as chaplain at Bishop Fenwick High School in Peabody, then one of the larger of the archdiocesan central high schools. He was immensely popular there; teaching religion, celebrating liturgies and "pastoring" the administration, faculty, students and families of the school.

He returned to parish ministry and to Revere, this time as a member of a team ministry at Immaculate Conception. In addition to the regular activities and demands of a moderately size metropolitan parish, during his tenure the centennial of the parish was celebrated in 1988 and a much needed new parish church was dedicated in 1990.

Cardinal Bernard Law appointed him pastor of St. Mary Parish in Winchester. He served the mother church of the town for some 22 years retiring to his home in Maine in 2015.

Cardinal Seán P. O'Malley, OFM Cap. was the principal celebrant of Father Messina's Funeral Mass on Oct. 16 at St. Mary Church. The homilist was Father Richard C. Beaulieu, who had been parochial vicar with Father Messina in Winchester for 18 years.