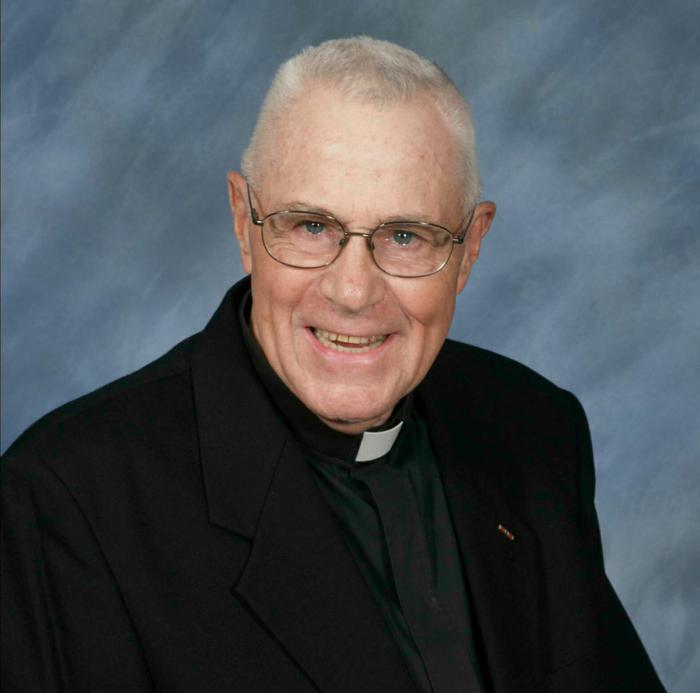 A few years ago, he sent a letter with some "instructions" about his funeral and specifically his obituary. The key point was "keep it short and sweet." Father John L. Mansfield died at Regina Cleri Residence in Boston's West End on Sept. 17, 2017.

A Newton native he was born on April 5, 1926, attended local schools graduating from Newton High in 1943 and from Dartmouth College in 1947. One of the two sons of the late John and Bertha (Joyce) Mansfield, he was raised in Sacred Heart Parish; Bishop Francis Spellman was the pastor when he received First Communion, and Bishop Richard Cushing the pastor when he was confirmed. His only sibling, a brother Philip, died in 1994.

He entered St. John's Seminary and his former pastor, now Archbishop Richard J. Cushing, ordained him to the priesthood at Holy Cross Cathedral on Feb. 2, 1953. Father Mansfield was the last member of the "February" class of 1953.... there was a second class (originally those of 1954) ordained in October 1953.

During his almost two decade service in the Air Force he served in bases both domestic, including Hickham in Hawaii and Elmendorf in Alaska, as well as tours in Korea, Turkey and Vietnam.

When he returned to the archdiocese he served briefly as an associate in two parishes: St. Mary of the Sacred Heart, Hanover and St. Nicholas, Abington. Cardinal Humberto Medeiros named him pastor of St. Ann Parish in West Bridgewater in 1979 where he served until June 1991. In 1988 he organized the celebration of the parish's Golden Anniversary.

In retirement he remained active and available for priestly assistance in archdiocesan parishes, among those were St. Bernard, Concord; Our Lady of Lourdes, Carver; Sts. Martha and Mary, Lakeville; and St. Mary of the Nativity, Scituate.

He retired to Regina Cleri in 2001. Until very recently he could be seen on his daily walks from Regina Cleri in and around Beacon Hill, Boston Common, Downtown Crossing and North Station.