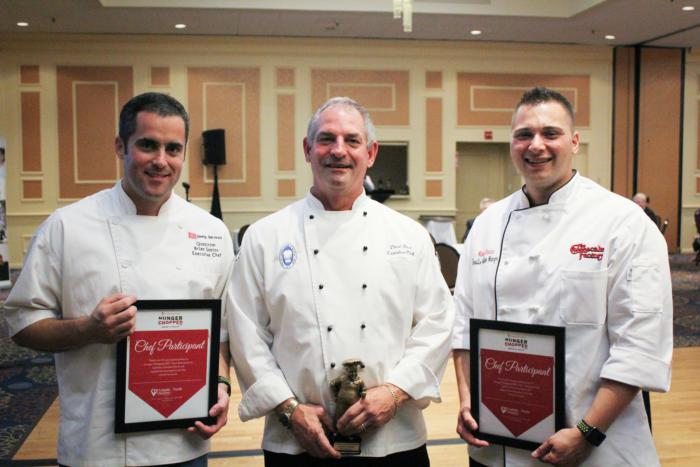 The event is styled after the popular Food Network program "Chopped," which features chefs using a set of ingredients provided in a mystery bag.

Chef Titus came away with the victory.

The programs at Catholic Charities North (CCN) aim to prevent hunger and homelessness for local families in a financial emergency, engage youth and adults in education and employment programs focused on long-term solutions to poverty, and support families in their effort to build safe, nurturing environments for children.

As part of the Friends Feeding Families campaign, proceeds from this event will fund the new Catholic Charities Food Pantry at 585 Boston Street in Lynn. The pantry, opening in 2018, will extend the reach of CCN's mission to a greater number individuals and families in need of assistance not only in Lynn, but in surrounding communities north of Boston.