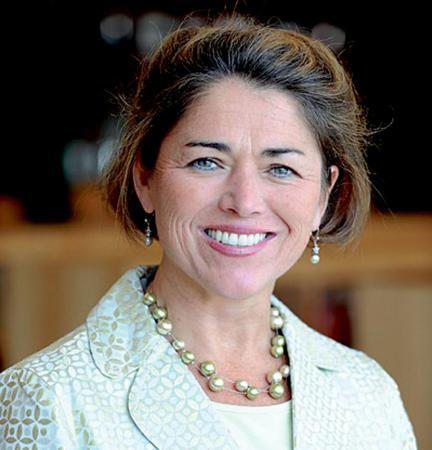 BOSTON -- The Board of Trustees of Boston College High School announced Aug. 24 that they have elected Grace Cotter Regan as their new president. She will be the first woman to head BC high in its over 150-year history.

Regan comes from St. Mary's High School in Lynn, where she used her skills to grow and develop the urban Catholic school.

"We are delighted to welcome Grace Regan as the individual who will lead Boston College High School. We look forward to our work together as we advance the BC High mission and our relevance as a preeminent and flagship Jesuit school for boys in the country," said Father Brian Conley S.J., Chair of the Board of Trustees. "Grace's leadership and background in education, advancement, enrollment, brand management and her understanding of and fidelity to the Society of Jesus and the Catholic school environment make her the ideal choice."

"It is a pleasure to welcome Grace Regan as the next President of Boston College High School," said Father John J. Cecero, S.J., Provincial of the USA Northeast Province of the Society of Jesus. "Her love for the Society of Jesus and our mission in education is unequivocal, and I am confident that her collaborative and inspirational leadership will ensure the Jesuit and Catholic identity of our cherished school for years to come."

Regan was the unanimous recommendation of the eight-member Search Committee which was involved in a rigorous 18-month search process with search firm Isaacson Miller. The group met every two weeks for the duration of the process, which started with more than 400 candidates. Hundreds of applicants were screened, more than 50 were vetted and interviewed, and five finalists were selected. The search committee presented the finalists to the board of trustees for their consideration.

John Isaacson, Chairman of Isaacson Miller, personally oversaw the search and said, "I have done thousands of searches in my 44 years in this business and this search, led by Trustee John Ferraro, is one of the most thorough and best managed search processes that I have ever experienced."

"I am humbled to have been selected for this leadership role and extremely honored to be leading a unique institution, which has been part of the community for more than 150 years and my life for the past 57 years. I was actually born on Sept. 8, 1960, the morning my father began his vocation at BC High" said Regan.

"There is some synergy here and my lifelong formation with the Society of Jesus makes this role very special and a capstone to my vocation. I am blessed to know many of the BC High extended community including the alumni and parents, and look forward to working closely with the board, faculty and staff. It will be especially edifying to help shape the educational and vocational experience for the students at BC High," she continued.

Regan has served as Head of School at St. Mary's since 2012 and was previously the Provincial Assistant and Executive Director of Advancement for the New England Province of Jesuits. Regan served in leadership roles in advancement and alumni at Boston College and the College of the Holy Cross. Daughter of the late legendary BC High football coach Jim Cotter, she holds master's degrees in pastoral ministry, student affairs and higher education administration from Boston College and the University of Vermont and has completed Catholic leadership development programs at Boston College's Lynch School and the University of Notre Dame. Regan has also served in leadership roles on a national level with the United States Jesuit Conference and the Jesuit Advancement Association.

Regan and her husband Bernie reside in West Roxbury with their sons Bartley and Luke. The Cotter and Regan families share a deep BC High legacy. Regan's father-in-law, the late James Regan, was a member of the class of 1934 and many family members are alumni of the school.

In press release announcing Regan's departure, St. Mary's High School said Regan will remain at the school while it implements a transition plan this fall.

William Mosakowski, chair of St. Mary's board of trustees, said while the school is disappointed to lose Regan, it is understandable that she would be attracted to the BC High position.

"We are well aware of Grace's family ties to BC High," he said. "When they came calling, it was impossible for her not to accept. We take pride in the fact that the work she did here made her the candidate of choice for BC High, and we wish her nothing but the best."

Mosakowski said that over the coming months the St. Mary's board will form a transition committee that will be charged with formulating a search and selection process, which will include identifying the qualities the school will be looking for in its next leader. The plan is to have a new head of school in place at St. Mary's by the start of the 2018-19 school year.