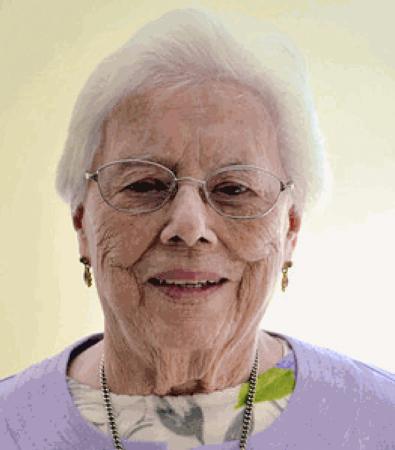 For almost a quarter century Sister Mary Ellen Sweny, SND trekked from Matignon Convent in North Cambridge to the Pilot office on 49 Franklin Street. Most of the staff probably did not realize that at the time Sister had already passed her 60th birthday. She was for the next two and half decades, prompt, on time, incredibly attentive to detail and resolute with deadlines. In the offices she was primarily responsible for the Boston Catholic Directory. Her attention to detail and accuracy made the annual archdiocesan publication a quality product. She was a gregarious and much liked member of the staffs.

Prior to her long service with the staffs of The Pilot and Boston Catholic Directory, sister had served as almost all other Sisters of Notre Dame in education; in Sister Mary Ellen's case secondary education. Sister taught at Notre Dame Academy, Worcester; St. Mary, Lynn; and at St. Augustine and Cardinal Cushing, both in South Boston; and at St. Gregory, Dorchester.

A proud native of Cambridge and even prouder of being raised in St. Mary of the Annunciation Parish and an alumna of the elementary and high schools, she was a daughter of the late Edward and Ellen (Calnan) Sweny. She was one of the Sweny's five children: Edward, John, Charles, and Mary McGreenery, all of whom preceded Sister in death.

Sister's Funeral Mass was celebrated at Notre Dame du Lac Chapel in Worcester on Aug. 2. In addition to many Sisters of Notre Dame with whom Sister had lived and served her many nieces and nephews were also among the mourners. Sister Mary Ellen was buried with her parents, her brother Edward and her sister Mary in her family lot at Cambridge Cemetery, Cambridge.