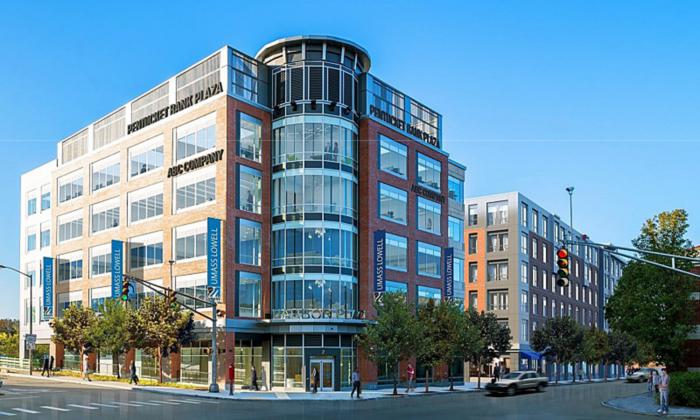 An artist's rendering of the Harbor Place development in Haverhill. Photo from HarborplaceHaverhill.com

The national magazine annually allows its readers to vote for the best affordable housing development throughout a number of different categories. Out of 120 entries this year, 36 developments, all completed in 2016 or 2017, were chosen as finalists across ten categories.

The mixed-use development Harbor Place, developed by POUA and the Greater Haverhill Foundation, was chosen as a finalist in the "Best New Mixed-Use" category.

The ground floor level contains a fitness center, a resident lounge, and space for restaurant and retail use.

A number of organizations have already leased space in the adjacent commercial building, including the University of Massachusetts.

A public plaza, complete with outdoor dining and performance areas, lies between the two buildings.

"These outcomes are the most exciting and dramatic, and our office is privileged to be able to do this work on behalf of the Church. With Cardinal O'Malley's strong commitment and support, lives and communities are being transformed in Haverhill," she continued.

Voting in the Affordable Housing Finance Magazine's 2017 Readers' Choice Awards can be done online at www.housingfinance.com/magazine.