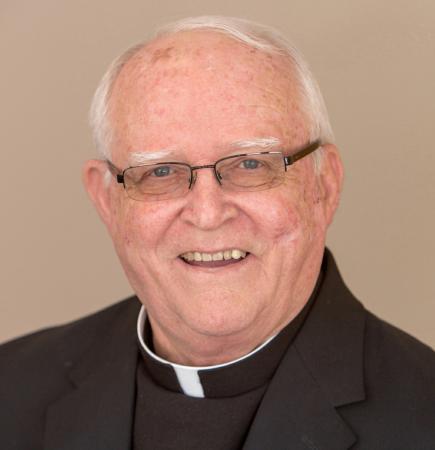 A Hub native where he was born on Nov. 23, 1942, Father Francis J. Daly grew up in a strong Irish Catholic family in Boston's Allston section. He attended the parish school; Boston Latin School and entered the archdiocesan seminaries, first at Cardinal O'Connell in Jamaica Plain and then at St. John in Brighton. He was sent to Rome as a student at the Pontifical North American College and studied at the Pontifical Gregorian University in the Eternal City.

Most Rev. Francis F. Reh, then the rector of the North American College, ordained him to the priesthood on Dec. 21, 1967 in St. Peter's Basilica in the Eternal City. When he returned to the archdiocese the following summer he was named an assistant at St. Mary Parish in Dedham. He enjoyed his years at Dedham especially the early years when he was with Msgr. Edward Bailey, the pastor at the time who had also studied in Rome -- though more than a few years before Father Daly.

He was named an associate at Our Lady of Fatima Parish in Sudbury in 1972. He then served as a campus minister for the colleges and universities in the Back Bay and Fenway areas of Boston.

Following a leave of absence, he returned to assume pastoral assignments in the archdiocese; prior to his appointment to Sharon he was parochial vicar at Gate of Heaven and St. Brigid parishes, both in South Boston.

His appointment to Our Lady of Sorrows in Sharon was effective June 1, 2017. He will be pastor of a small but tightly knit parish community. Father Daly's gregarious personality and embracing personality will readily endear him to the Sharon parish family.