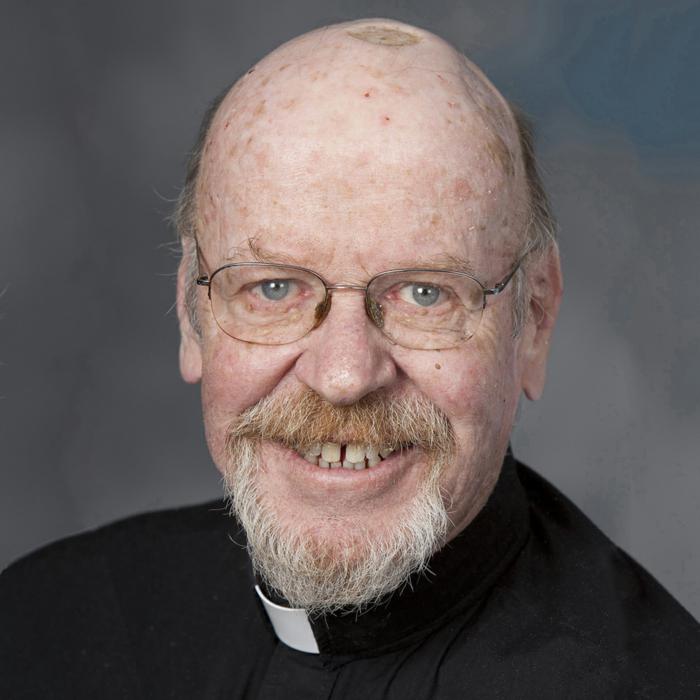 He traveled far from home in Milton to complete his seminary studies; and save for two years, he served only a few miles from Milton in the city of Boston for five decades.

Father Walter J. Waldron who was born in Boston on Feb. 16, 1940 became a senior priest of the archdiocese on June 13, 2017. In between those dates is the story.

Raised in Milton and a son of St. Agatha Parish, he first attended archdiocesan seminaries at Jamaica Plain, Cardinal O'Connell and Brighton, St. John's. When he finished the college program at Brighton he was sent to the Pontifical North American College in Rome to complete his formation for priestly ordination. At the NAC at the time there were three or four Boston men in each class; among Father Waldron's classmates were two other Bostonians: Walter J. Edyvean and William F. Murphy. Father Waldron can lay claim to being unique among the Boston Class of 1964 at NAC -- he's not a bishop.

His first assignment on returning from the Eternal City in July 1965 was as an assistant at St. Margaret, in the Beverly Farms section of Beverly. One might have thought that this was a good fit for a son of Milton. However, just two years later Father Waldron found himself assigned as an assistant at the Cathedral of the Holy Cross in Boston's South End. He reported in September 1967. The two parishes could not have been more different for the young priest.

The mother parish of New England and of the archdiocese was in the then declining South End. In addition to the mother church, there was a high school, a grammar school, convent, rectory, El Centro del Cardenal -- pastoral center for the rapidly growing Hispanic population in the parish and all the ministries of an inner city parish. Father Waldron served as an assistant there for nearly 17 years. Rectors, school chaplains, and other assistants came and went, he remained. For Catholics and indeed for all South End residents he was really the face the archdiocese in the South End.

The late Bishop Daniel A. Hart used to tell about the theft of his crozier from the Cathedral parking lot. The bishop was at the cathedral for an event and was on his way to a confirmation elsewhere; returning to his car he found the crozier gone. He told the Cathedral staff; within two days Father Waldron called and said it had been "returned" to the Cathedral. No questions asked, but Father Waldron seemed to know how to find lost items.

Over the next 32 years Father Waldron has seen dramatic changes in the demographics of his parish and has really adapted himself and the parish services to the changes.

When he arrived, Roxbury, as the South End had been, was in a very tough period. The Catholic population once at probably 80 percent of the census numbers had dwindled; the plight of urban blight was evident but Father Waldron took to the sidewalks and the streets, as he had done in the South End, and brought the presence of the Church to this corner of the city.

He readily sought and received the help of various women religious including the Sisters of Charity of Halifax whose first assignment in the archdiocese had been at the Roxbury parish. Later on as new peoples -- Spanish speaking from Central American nations and Portuguese speakers from Cape Verde and French or Patois speakers from Haiti moved into the parish he welcomed Sisters whose ministries among the new peoples was irreplaceable.

With the help of parishioners and the Catholic School Foundation he kept the strong beacon of hope -- the parish school alive and flourishing.

Just as he retired from the parish, Roxbury is starting to see a rebirth: older and historic homes are being restored; others are being replaced; while still others are being renovated. Gardens, even though "postage stamp sized" are appearing. The city continues investing in the area and that has brought interest from business leaders as well.

Father Waldron has been a steady presence for five decades first the Cathedral and then at Roxbury. As the world turned and things changed, not always for the better, he was in the midst of it all.

He was always self-effacing about the extraordinary work he did; deflecting credit to others, especially his staff and collaborators.

We here at The Pilot owe him a special thanks. Whenever we sent out an "invitation" to join a special issue -- Catholic Schools; new bishops, whatever he called within the first week to sign up for an ad. Even with a VERY tight budget he secured the cover for the Boston Catholic Directory in observance of St. Patrick's 175th anniversary in 2011.

Thanks Father Waldron for all that you have done, especially for your beloved Roxbury parish. Slow down a bit -- if you can.