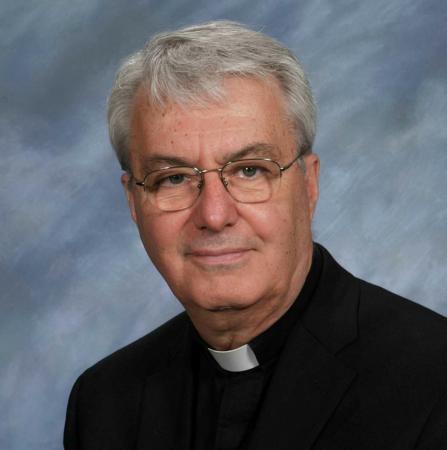 Father O'Brien has had a 50 year record of varied and interesting priestly ministry. Following his ordination on June 7, 1967 at Holy Cross Cathedral with Richard Cardinal Cushing as the ordaining bishop he assumed his first priestly assignment as an assistant at St. Maria Goretti Parish in Lynnfield, on his arrival the parish was not yet eight years old. He served there for five years before moving further north and toward the coast to Gloucester where for the next eleven years he was an assistant at St. Ann Parish. He told the Pilot that "I thoroughly enjoy my priesthood, especially being involved with parishioners at key points in their lives."

In 1983 Father O'Brien moved a bit south from Gloucester, though still on the Northshore to Salem as part-time parochial vicar at St. Joseph (French) Parish and part-time Campus Minister at the then Salem State College, now Salem State University. He remained as Campus Minister at Salem State while assuming the additional responsibility as Director of Campus Ministry for the archdiocese. He oversaw the work of campus ministers: priests, women and men religious and lay staff across the archdiocese. There were then at least two dozen campus sites and associated ministers serving students and faculty.

In July 1995 when he ended his campus ministry assignments he was granted a sabbatical at the Washington Theological Union in the Nation's Capital. He would enjoy a second sabbatical in 2014 at the Pontifical North American College at Rome.

In March 1996, he was named pastor at Sacred Heart Parish in Quincy where he would serve for 18 years, during which time he was also named a vicar forane, or dean, the South Region of the archdiocese. At the end of his terms as pastor in Quincy and his second sabbatical in Rome he returned to the archdiocese assisting at St. Timothy Parish in Norwood where he served as administrator from December 2014 to June 2017.

When he was appointed to Quincy he observed that it was the priests at Somerville and Reading who had provided the impetus for his own priestly vocation. In his various assignments he has invited others to consider a priestly vocation observing "It's always good to extend an invitation. When young people experience someone who is happy in his vocation, it's a good opportunity to ask."