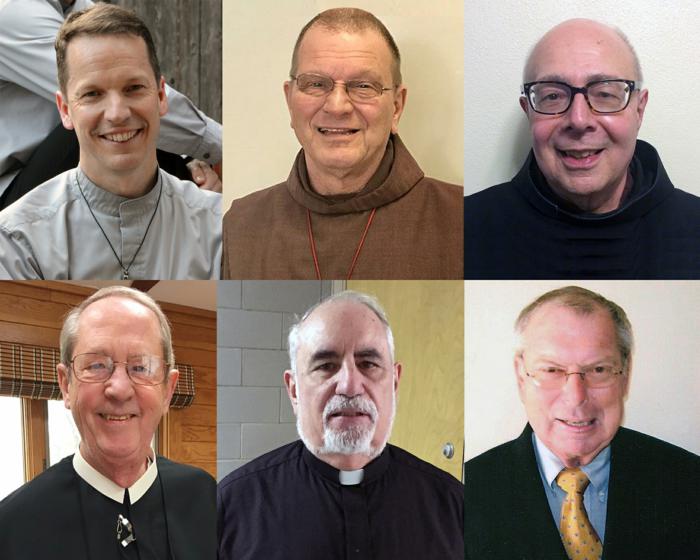 In 1990 Brother Sam Gunn left behind a promising career as a graphic designer and illustrator in New York City to pursue a vocation to religious life with the Brotherhood of Hope. This was not only a departure from a career, but with it he crossed the threshold in a conversion from the Baptist faith to Roman Catholicism. His father, Baptist minister Rev. Allen R. Gunn, was alarmed at the time, but grew to accept and support his son's calling.

From the completion of his training in the Brotherhood in catechesis and evangelization, Brother Sam has served in various aspects of campus ministry for over two decades. In 1994, Brother Sam joined a group of brothers who went to Florida State University to help run the Catholic Student Union. Under the brothers' influence, and in cooperation with priests from the Diocese of Pensacola/Tallahassee, CSU grew into the thriving, dynamic student community that continues to this day.

In 2004, Brother Sam returned to school and in 2007 he graduated from St. John's Seminary in Brighton with a Masters of Arts in Ministry. Upon receiving his degree, Brother Sam went to work on the pastoral staff of Boston University's Catholic Center.

Brother Thomas Banacki is celebrating his silver jubilee as an Atonement Brother. Brother Thomas entered postulancy in 1990 in Washington, D.C. He was received into the novitiate at Graymoor in 1991 and professed first vows on Aug. 2, 1992.

After profession, he was assigned to St. Christopher's Inn in Garrison, New York. In addition to being the assistant director of the "Inn," Brother Thomas opened a very successful three-story thrift store which continues to operate today.

Currently Brother Thomas is assigned to the Chapel of Our Savior located across from Westgate Mall in Brockton and serves as guardian and gift shop manager.

Brother Anthony LoGalbo, a native of Buffalo, New York, entered the Franciscan Friars of Holy Name Province in September 1964. He pronounced his first vows in 1967 and made his solemn profession in 1971. Brother Anthony has worked as librarian at the former Washington Theological Union and at the Franciscan Institute of St. Bonaventure University. He also served as a missionary in Brazil and formation director for the friars in simple profession in Holy Name Province. He is currently a member of the staff at St. Anthony Shrine on Arch Street as co-moderator of the men's spirituality group and working the front desk.

Brother David Wiggin is the oldest of the five children of the late J. Herbert and Mary Wiggin of Westwood. After graduating in the first class of Xaverian Brothers High School in 1967, he entered the Xaverian Brothers at St. Joseph's Novitiate in Newton Highlands on July 8 and was invested with the religious habit on the feast of the Nativity of the Blessed Mother that September. Professing first vows on Sept. 8, 1969, Brother David then received his bachelor's degree in Latin and mathematics from Boston College in 1972 and joined the faculty of Xavier High School in Middletown, Connecticut that fall. He was awarded a master's degree in English from Wesleyan University in Middletown in 1976, and in 1980 was appointed associate headmaster at Malden Catholic High School. He returned to Xaverian High School in 1986 to serve as assistant principal there for five years and was appointed treasurer of the Xaverian Brothers in 1991.

In 1996, Brother David became treasurer at Malden Catholic, followed by a sabbatical at the Redemptorists' Hawkstone Hall near Hodnet, Shropshire, England in 2000, after which he returned to the faculty at Malden Catholic to teach English and mathematics for the next five years. Since 2006, he has been doing financial work at Incarnation Parish in Melrose and St. Thomas the Apostle Parish and Our Lady of Fatima Parish in Peabody.

Brother Paul Alves is a native of New Bedford, the sixth child in a family of seven, where God and family were the most important values taught by his parents. Brother Paul's father had emigrated from Madeira, Portugal, and his mother was born in New Bedford of French Canadian parents.

As a young man, he felt a strong call to religious life, but not to the priesthood, and so entered the Congregation of the Sacred Hearts of Jesus and Mary as a candidate for the religious brotherhood. The example of St. Damien of Molokai, Apostle of the Lepers, and the spirituality of the unconditional love of the Sacred Hearts and adoration in the spirit of reparation drew him to the Congregation. These same values influenced his desire to serve youth.

After religious formation and profession of religious vows, he began to teach and pursued a master's degree at UMass Dartmouth. He served at Catholic high schools in the dioceses of Fall River and Bridgeport, Connecticut and, since 1983, the Archdiocese of Boston.

Brother Bill Lambert entered the Marist novitiate in 1957. He professed his first vows on July 26, 1958. After completing a bachelor's degree in English at Marist College, he began his career as the chef of Tyngsboro from 1961 until 1962 before professing final vows on July 11, 1963. Brother Bill served as a teacher, assistant principal, and principal at Wheeling Central Catholic High School in West Virginia. He earned a master's degree in educational administration from West Virginia University, and went on to serve as guidance director, principal, and development director at Central Catholic High School in Lawrence. In 1984 he earned his doctorate in educational administration from Boston College, and served as assistant superintendent for the Archdiocese of Boston as well as a professor and campus minister at Boston College. He is currently retired and living at the Marist Community in Lawrence.