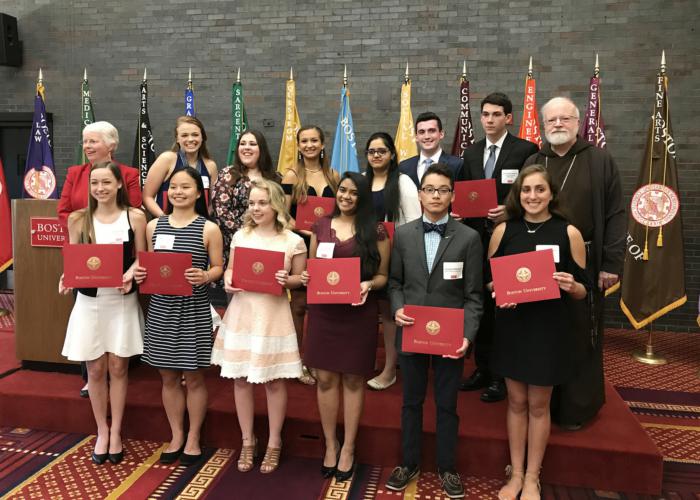 Cardinal Seán P. O'Malley, Boston University provost Jean Morrison, and Father David Barnes, the university's Catholic chaplain, presented the students with the scholarships, which combined are valued at over $2 million.

This year's scholarship recipients are:

A tradition begun in 1986 by then Boston University president John Silber in honor of Cardinal Humberto Medeiros, the scholarship has been annually given to 12 students graduating from Catholic high schools within the Archdiocese of Boston. Medeiros Scholars are chosen for their academic achievements, their contributions to their communities and their schools, and their demonstrated leadership skills.

Scholars are selected by a two-person committee which is comprised of representatives from the Archdiocese of Boston and from Boston University.

Over the years, a total of 432 students have been awarded the scholarship, representing more than a $50 million contribution from Boston University.