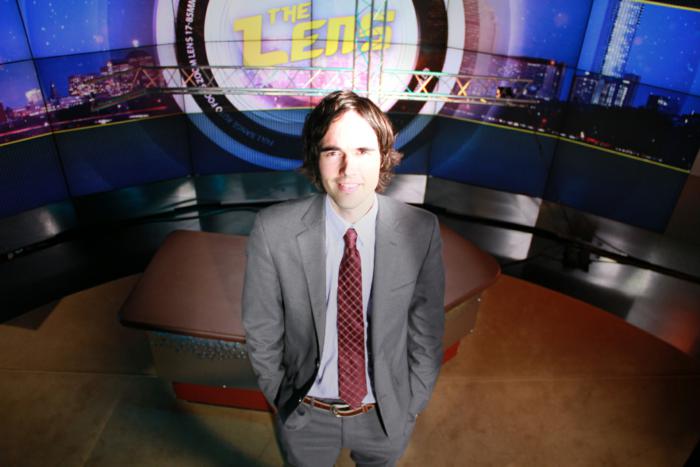 Matt Weber on the set of CatholicTV's 'The Lens.' Pilot photo/courtesy CatholicTV

Weber's nomination in the On-Camera Talent Commentator/Editorialist category is his second Emmy nomination. This year's nomination recognizes his moving monologue about his personal experience with unexplained infertility.

"The nomination is a credit to the whole CatholicTV family, including our beloved audience -- and especially the hard working members of 'The Lens' crew, from editors, to directors, to producers, and leadership -- who share both time and treasure with this special show. I am in awe of the collaborative effort that goes into making 'The Lens,' and continually grateful for the opportunity to work with such dedicated professionals and friends," Weber said.

"The Lens," which examines what's trending through a faith-based lens, premieres biweekly on Mondays at 9 p.m. Episodes can also be viewed on demand at catholictv.com/shows/the-lens.

Bishop Robert Reed, president of the CatholicTV Network, also expressed his excitement, saying, "The CatholicTV Network is thrilled to continue speaking to Catholic audiences in a unique way with 'The Lens.' We are honored that Matt has been nominated for a second time in recognition of this important work."

The Boston/New England Emmy awards will be presented at a ceremony held June 24 at the Marriott Boston Copley Place.