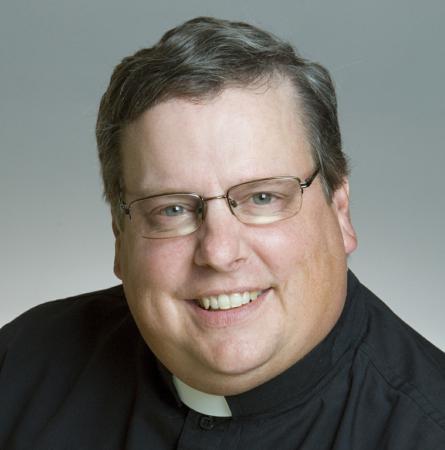 BOSTON -- For two centuries, the Oblates of the Virgin Mary have been a spiritual force in the Catholic world, exercising a love for Mary and a commitment to prayer and the sacraments. Now celebrating their 200th anniversary, and their 40th anniversary of first establishing a presence in Boston, provincial of the Oblates of the Virgin Mary U.S. Province Father Jim Walther said the Oblates are maintaining a wide presence both locally and around the globe.

Named provincial in August 2015, Father Walther moved to Boston in January 2016 to assume his position. After spending 16 years ministering in a small community in Illinois, moving back to the "big city of Boston" is an adjustment.

"It's really surreal in a lot of different ways," he added.

In the Boston area, the Oblates maintain St. Clement Eucharistic Shrine in the Back Bay, as well as the St. Francis Chapel, nestled inside of the Prudential Center. One of only four "worker chapels" in the archdiocese, Father Walther said that in the busyness of the Prudential Center, "it's nice to have that little oasis, so to speak, right there in that downtown area."

St. Clement's is the "motherhouse" of the Oblates in Boston, said Father Walther, adding that he believes it is the only Eucharistic Shrine in the Archdiocese of Boston.

"We hold that dear to our hearts, to be able to serve the diocese by hosting this Eucharistic shrine," he said.

The shrine houses the Our Lady of Grace Seminary, the seminary of the Oblates of the United States. Currently, there are 11 seminarians studying there, with two more expected later this year, said Father Walther.

In total, the Oblates are forming 56 seminarians across the globe, with seminarians studying in countries including the United States, the Philippines, Nigeria, France, Italy, and Argentina.

"It's a place where people can come do the spiritual exercises of St. Ignatius, to do private retreats, but we also are forming spiritual directors, people who can help people journey in their spiritual journey towards God," said Father Walther.

To celebrate the 200th anniversary of the first gathering of the Oblates, which was founded by the Italian priest Venerable Father Bruno Lanteri, who's cause for canonization is open, the Oblates of Boston are hosting a 200th Anniversary Gala at the Seaport Hotel in Boston, May 6.

The gala, which will be attended by Cardinal Seán P. O'Malley and will see FOX25 reporter John Monahan act as the host, will also celebrate the Oblates 40th anniversary of first establishing a community in Boston. The community was formed on Sept. 12, 1976, with the seminary opening its doors two years later. The community was the first one formed in the United States.

Chris Kelley, chief communications and marketing officer for the Boston Oblates, said of the gala that "This is the first time the Oblates have ever done something like this."

More information on the 200th Anniversary Gala and on the Oblates of the Virgin Mary can be found at www.omvusa.org.