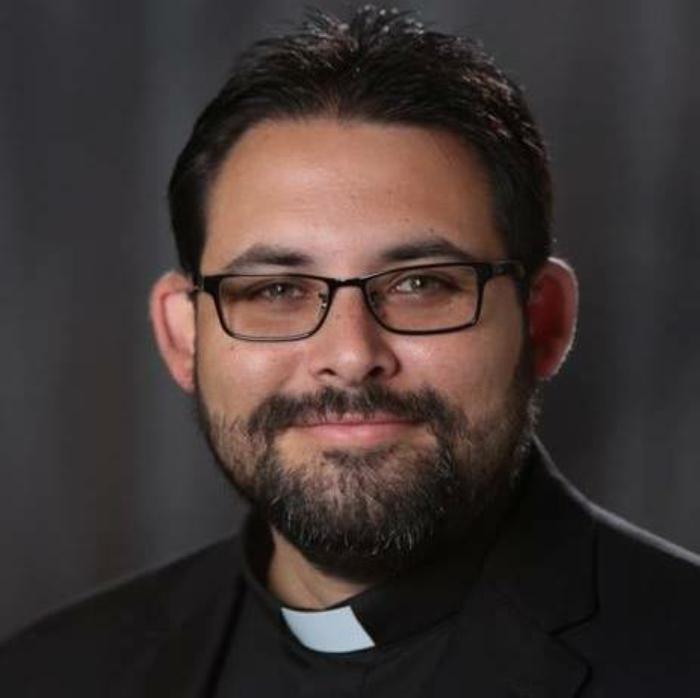 This is the second in a series of articles profiling each of the eight men who will be ordained to the priesthood by Cardinal Seán P. O'Malley on May 20.

God has been calling Wellington de Oliveira to the priesthood all throughout his life.

"I remember the first time I told my father I wanted to be a priest," Deacon de Oliveira, 36, recounted. "I was very young -- no more than three years old -- and my parents had a Marriage Encounter meeting in my house. The adults were all talking about what their children were going to be when they grew up and my father asked me in front of them, 'Do you want to be a policeman like me, or a politician like your godfather?' I said to him, 'I want to be a priest.'"

"He was shocked," he said, adding, "and not even a little bit happy."

As a young boy growing up in Brasilia, Brazil, Deacon de Oliveira watched helplessly as his father left the Catholic Church after a bitter argument with a local priest, forbidding his family to practice their faith. His mother, however, was undeterred.

"We lived a clandestine life, always going to church when my father was at work, or was busy with other things," he explained. "In this way, my mother and I made sure my younger brother and sister received the sacraments."

The idea of the priesthood began to wane as Deacon de Oliveira entered his teen years. For the next decade, he studied, had several girlfriends and began his career, first as a high school math and physics teacher, and later as a computer programmer.

"Becoming a priest seemed more like a child's dream," he said.

Then, at the age of 23, while working for the Office of Religious Education of the Archdiocese of Brasilia, he attended a retreat for religious educators.

"I was not planning to go, I really had no specific reason to be there, but in the end I went," Deacon de Oliveira said. "There, on the final day of the retreat, I am sure the Lord talked to me."

However, there was a problem -- he had a serious girlfriend, his career was flourishing, and Deacon de Oliveira wasn't entirely sure he wanted to become a priest any longer.

"But God was very patient with me," he said with a smile.

2004 was a very instrumental year for Deacon de Oliveira -- he began attending a series of talks given by the Neocatechumenal Way in his parish, he was promoted as the director of technology of the company at which he worked and was transferred to a little town called Porto Velho in Northern Brazil, and he finally stopped fighting God's call to the priesthood.

"In Porto Velho, I had no one -- not my family, nor my friends, absolutely no one. And so I fell into a bit of a depression. I was so unhappy, but I couldn't fix it with the things of this world: with money, with sex, with my possessions," he said. "Then I realized that God really wanted me to find happiness, joy and peace; and suddenly, I understood what I had to do."

At the age of 26, Deacon de Oliveira came to the United States and entered the Redemptoris Mater Archdiocesan Missionary Seminary in Boston, and began taking classes at St. John's Seminary. As part of the priestly formation of his seminary, he spent three years as a lay missionary in Colorado.

"My time in Colorado as a missionary has helped me to see God acting in the lives of so many people," he mused. "I have seen how the Lord has rebuilt marriages, has helped people with illnesses to accept and carry their crosses, has brought dignity to people whose lives have been absolutely destroyed through drugs. It is a memorial for me to see how the Lord has acted."

While in Colorado, Deacon de Oliveira also passed through one of the toughest times of his life. In 2013, his mother, who had a prior heart condition, died suddenly after contracting an infection in the hospital after an otherwise successful heart surgery.

"You can imagine how I felt," he said.

And yet, although he was mourning the loss of his mother, Deacon de Oliveira also experienced the love of God and the universality of the Church during this difficult experience.

"I was not in Brazil. I couldn't just run to my mother's side, and yet, the Church was always there," he said. "There was always a priest there at her side, giving her the sacraments."

"Some of the priests I knew, others I did not know, but they all manifested the love of God to me, to my mother and to my family," he said.

"I want to be for other people what those priests were for my mom and me," Deacon de Oliveira continued. "When I first came to Boston, the most difficult thing for me was to leave my home, my comfort and to come here and serve the people; but now this is what I am most looking forward to."