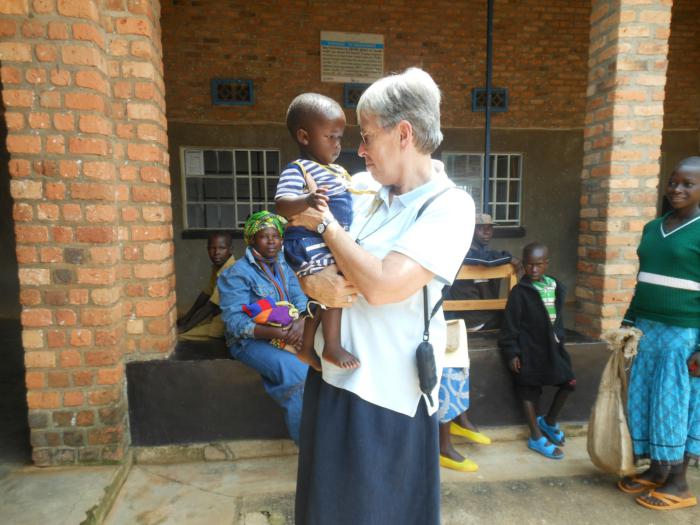 You are the temple of God

In 1950 Mother Mary Martin came to the U.S. to open a house and to look for young women who would be willing to join a congregation of women religious who would be "attentive to the poor," "be present to the peoples of today," "see and seek God in all things," and ultimately be called to an extraordinary adventure.

Little did I know Mother Mary Martin was looking for me, a girl from Squantum, Massachusetts, who would not have topped the "dean's list" in either grammar school or high school -- but did love to play basketball all through my years at Fontbonne Academy in Milton. I watched from a certain corner the commitment and dedication of the religious sisters I had as teachers.

What I did possess, however, was an awareness that God was calling me by name, to be and do something different from my high school classmates/friends and be prepared to leave my parents, my family and friends and be ready to walk in paths that were new -- particularly in Africa.

In joining the Medical Missionaries of Mary one might assume that I was going to be educated as one of many nurses, doctors or affiliated medical personnel. Instead I naturally fell into a profession not often associated with religious women -- business administration. Or maybe it is true to say that the apple does not fall far from the tree as my dad worked for many years in the Federal Reserve Bank in Boston.

Whatever it was -- I felt called and invited by God to join this international congregation of women -- to witness to God's love through our healing charism and to be ready to contribute wholeheartedly in whatever way I could. This "yes and new adventure" would take me to a variety of places -- Angola, Ireland, Kenya, Malawi, Nigeria, the Republic of Benin, Rwanda, Tanzania and Uganda. All such distances from Squantum.

I would meet and have met some extraordinary women who I am so proud to call "my sisters" -- I have met and fallen in love, so often that I have lost count, with the little children who came to our convents, clinics, dispensaries and hospitals. I have also grown in my genuine admiration of the mothers and grandmothers, sisters and aunts who so often were left to make the long journey to get health care for their little ones.

The Medical Missionaries of Mary were founded so many years ago to be in a world of health and medicine for the missionary service of the Church -- primarily mothers and their babies. On April 4, 2017 we shall be 80 years old. Our motto to be "Rooted and Founded in Love" is as important today as it was so many years ago.