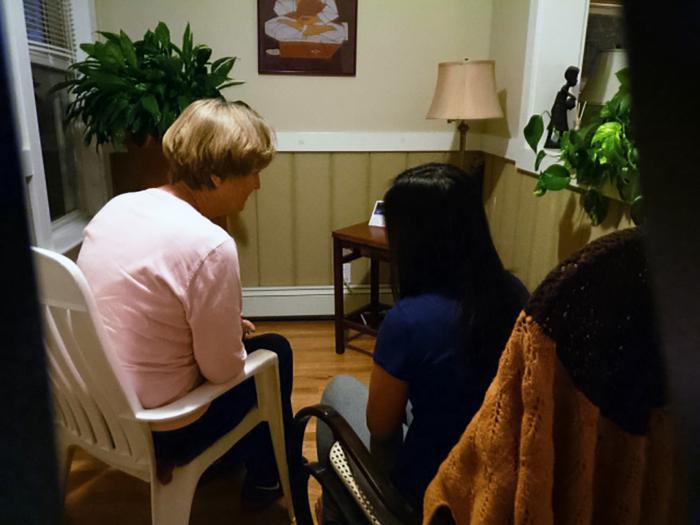 You are the temple of God

The Medical Missionaries of Mary

One of the great benefits we have as Catholic Sisters is our interconnection with one another around the world. It was through this interconnection that women religious in the U.S. first became aware of human trafficking as they heard stories from Sisters in other parts of the globe.

In our own country, there was very little awareness of human trafficking among most people.

The Boston Unit of the Leadership Conference of Women Religious (LCWR) gave a priority to educating ourselves and others about the reality of human trafficking in our own area. We learned from law enforcement that the greatest need in the Boston area was for a safe house for women rescued from trafficking situations. After much prayer, consultation, and work to establish a non-profit corporation, find a house, and establish a staff, Bakhita House opened in 2011. Twenty-one congregations whose members serve in the Greater Boston area collaborated to found and support this new ministry.

At Bakhita House we welcome women who have been exploited by others. Some have been trafficked for labor; others for sex. According to the International Labor Organization, yearly profits for human traffickers is $150 billion. At Bakhita House, some of our guests have come from other countries, but the majority of the 41 women we have served were born in the U.S. Their stay can last from one night, for those needing safety before being moved elsewhere, to a year, during which they can begin to make a new start in life.

Our staff at Bakhita House is a group of sisters from different religious congregations. We live 24 hours with our guests. Each team of two sisters lives half the week at the safe house, half the week with our religious community. The goodness and generosity of many -- board members, volunteers, benefactors, and all who remember us in prayer enable us to continue this ministry.

Participating in this inter-community ministry has truly been a blessing. Sharing our resources, we have been able to accomplish far more than we could have alone. Perhaps the greatest resource we share with one another is our faith, our sense of being called to share God's love with women who have been exploited and traumatized. We in turn have been greatly enriched by the goodness, courage and beauty of these women who enter our lives.

To learn more about human trafficking and what is being done to combat it, consult the following websites: thebakhitahouse.com, www.stopenslavement.org and polarisproject.org.