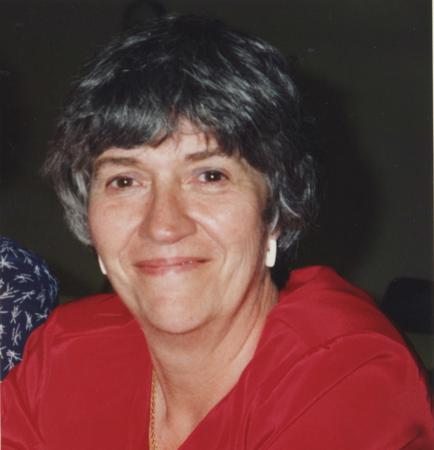 Ann C. (Sprague) Bruce a former business manager for The Pilot died at Ellis Rehabilitation Center in Norwood on Jan. 26. She had been in declining health for some time.

Ann was born in Boston's West Roxbury section on Nov. 6, 1938 the oldest child of the late Walter and Cecilia (Galvin) Sprague's five children. After graduation from St. Joseph Academy in Roxbury, she worked in Boston for several years; she met and married William Halligan on April 18, 1959 at her home parish, St. Theresa of Avila, West Roxbury. Shortly after the birth of their son William, Bill died. Ann and young Bill returned to West Roxbury from Stoughton where they had lived.

On July 1, 1961 she married James Bruce at St. Theresa Church and they moved to Boston's Readville section, before moving to Avon where their first child, Daniel, was born. By 1964 they had moved to Walpole where son James and daughter Suzanne were born. Sadness struck again, when her husband Jim died in 1975. The children were all school aged so Ann began working to support the family first at the Golden Steer Steak House, Walpole; then at the Massachusetts Trial Lawyers Association and the Walpole Times.

In 1988 she took her talents and began a 15 year relationship with The Pilot, serving as its business manager. In addition to overseeing the budgets, expenses and income of the newspaper; she also managed the subscription program (then consisting of more than 40,000 subscribers) initially by hand, and then later (by today's standards) with a primitive subscription program. Today that aspect of Pilot management is handled by the subscription service -- in New York.

Ann could be relied upon to return calls from subscribers whose papers were a day or a week late; she would patiently deal with callers with complaints of "lost" checks; address changes; or complaints -- business or not.

It was clear that her family was her pride and joy; probably because she was her only daughter, the youngest Suzanne featured prominently in her hall of fame.

In addition to her children: William, Marina Del Rey, Calif.; Daniel and James, Walpole; and Suzanne Jantzen, Needham; she leaves ten grandchildren and two great grandchildren; and her siblings: Ellen Kelly, Quincy; John, Millis; Walter, North Attenboro; and Kathleen (Kaye) Woodward of Walpole. Kaye was, for many years, a secretary to Bernard Cardinal Law in Brighton; and is now secretary to Bishop Arthur Kennedy.