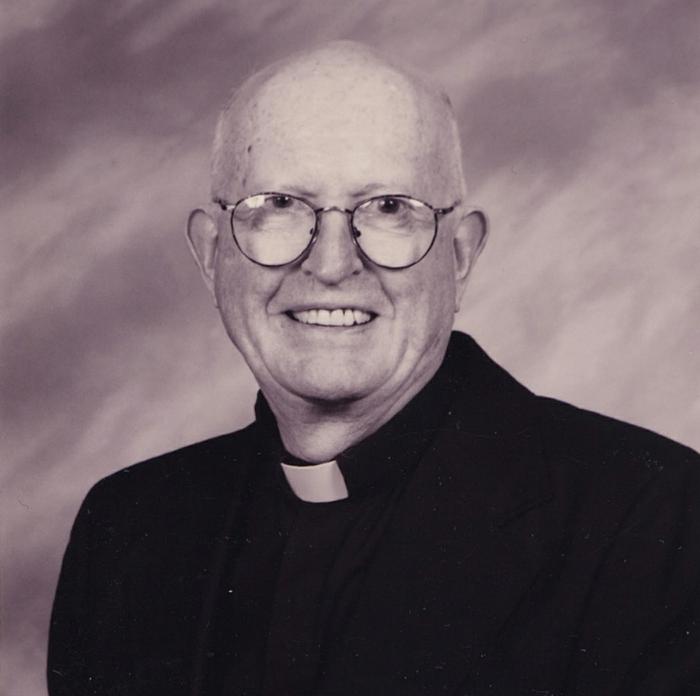 One of the two sons of the late Browning and Margaret (Barry) Leonard, he was born in Brockton on June 7, 1925. A son of the Boxer City's oldest parish, St. Patrick, he attended the parish grammar school then taught by the Sisters of Charity of Nazareth. He commuted to nearby Taunton for high school at Msgr. Coyle High School.

His first assignment, following ordination on May 3, 1950 by Archbishop Richard Cushing at Holy Cross Cathedral, was as an assistant at St. Mary, Walpole... not too far from his Brockton home.

He went northwest in 1952 for two years as a lend lease priest to the diocese of Burlington and served at St. Andrew, Waterbury, Vermont. He returned to the archdiocese in 1954 and served the remainder of his priestly life, active and retired, in parishes.

Humberto Cardinal Medeiros named him pastor of St. John Vianney Parish in Revere's Point of Pines section on Sept. 1, 1978. The Revere parish, now closed, was tucked away at the northern edge of Revere and its beach. It had a small but committed parish community that swelled noticeably during the summer months when the vacationers (weekly or daily) filled Revere Beach. He served there until he was granted senior priest status on Nov. 15, 1999 by Bernard Cardinal Law.

Following his retirement he lived as a senior priest in residence at St. John the Evangelist in Chelmsford; later on he lived at Regina Cleri and then at St. Patrick Manor, Framingham. Father Leonard died in Needham on Jan. 18, 2017.

Bishop Arthur L. Kennedy was the principal celebrant of Father Leonard's Funeral Mass at St. John the Evangelist, Chelmsford on Jan. 23. Father Paul Ritt pastor of Our Lady of the Assumption and of St. Maria Goretti parishes in Lynnfield, served as the homilist; Father Ritt had been the pastor at St. John when Father Leonard lived there in residence.