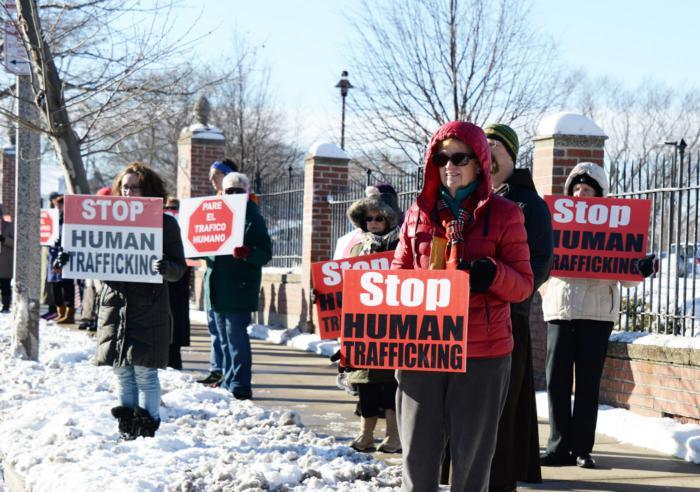 BRIGHTON -- In 2007 the U.S. Senate designated Jan. 11 as a National Day of Human Trafficking Awareness in an effort to raise consciousness about this global, national and local issue. For the ninth consecutive year, local Catholic sisters representing congregations in the greater Boston area gathered with over 100 sisters, associates, and friends on Jan. 8, the Sunday closest to Jan. 11, to mark this national day and pray for an end to human trafficking, also known as modern-day slavery.

During the introduction to prayer, Sister Betsy Goodwin, OSF, reminded participants that, "In prayer and silent vigil we stand with and for those children, women and men exploited for labor and for sex --through the evil of modern day slavery -- human trafficking. Through our prayer and our silence today we hope to give voice to the voiceless, those who are silenced by the cruelty of others."

She went on to say, "Our anti-trafficking coalition, which is a collaboration of congregations of women religious in the Boston area, and now includes you, believes that, in addition to words and actions, prayer and silent vigil are powerful tools to change, to eradicate human trafficking."

The prayer vigil offered these young women, whose voices had long been silenced, the opportunity to give voice to their experience.

One survivor remarked, "The reason I'm here right now is that the sisters came to Bakhita House and tutored me. But the important thing I got from them was love and courage."

A second survivor reflected on her experience saying, "When I came to Bakhita House I was hurt, scarred and scared, not sure what to expect. These ladies nurtured my soul, gave me structure and showed me that love, real love, can guide, heal and motivate me past any obstacle."

At the conclusion of the gathering participants were offered concrete actions to end human trafficking:

-- Pray for victims of trafficking and for an end to this slavery.

-- Advocate for state and federal legislation that protects victims.

In 1998, the realization that trafficking was a growing problem around the world -- and that it was being largely unaddressed -- led to the formation of a broad-based coalition of women's organizations, faith-based groups, children's groups, labor groups, and health groups. Together this bi-partisan coalition drafted and helped pass the U.S. Trafficking Victims Protection Act of 2000. The law provides a comprehensive approach to elimination of trafficking in persons through a three-pronged strategy --prevention, prosecution, and protection.

In 2003 the U.S. Conference of Catholic Bishops office of Migration and Refugee Services began educating segments of the public about the horrors of human trafficking. Their efforts began with members of women's religious communities who have the potential to educate and influence others on behalf of victims of trafficking. 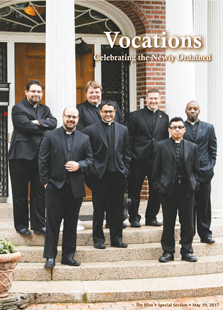