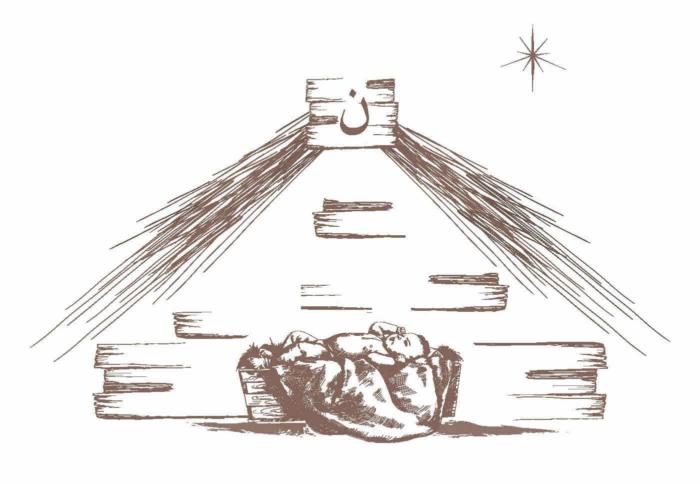 The card depicts an image of baby Jesus in the manger, and a sign with the Arabic anagram for the letter "N," in reference to the sign placed on the door of the homes of Christians by the Islamic State in Iraq.

The cardinal developed the idea of the card and an archdiocesan team created the image.

"Inside of the card I give a brief explanation of this symbolism and ask people to pray for our brothers and sisters who are being persecuted for their faith throughout the world," the cardinal said.

"Over the manger, where usually you expect the Star of Bethlehem, is the Arabic letter N, for Nazarene, because in some places in the Middle East where Christians are being persecuted for their faith, they are obliged to put that N on their doors. For many, this brings to mind the way the Star of David was used by the Nazis to identify the Jews for persecution," he said.

The card explains that Christians under the Islamic State face an ultimatum. "Leave or convert to Islam, pay a fine or face death."

"In my Christmas greetings I wanted to recognize this problem of persecution and encourage people to pray for peace and pray for our fellow Christians who are shedding their blood and laying down their lives for the faith," he said.

You can read the blog entry at www.cardinalseansblog.org.