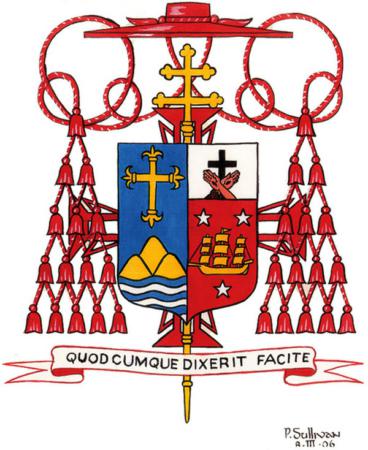 On April 11, 2015 His Holiness, Pope Francis issued the Bull of Indiction of the Extraordinary Jubilee of Mercy, Misericordiae Vultus, establishing a year of Mercy beginning on December 8, 2015, the Solemnity of the Immaculate Conception and ending on November 20, 2016, the Solemnity of Christ the King. Subsequently, on September 1, 2015, His Holiness, Pope Francis issued a letter to Most Reverend Rino Fisichella, President of the Pontifical Council for the Promotion of the New Evangelization granting an Indulgence to the Faithful on the Occasion of the Extraordinary Jubilee of Mercy.

In light of this Letter, in the Archdiocese of Boston, the Christian Faithful may obtain the Jubilee Indulgence as follows:

the faithful are called to make a brief pilgrimage to the Holy Door, open at the Cathedral of the Holy Cross, Boston, Massachusetts at any time during the year of Mercy; OR

on the occasion of the Vigil Mass on the Eve of the Solemnity of Mary, Holy Mother of God, December 31, 2015 at Saint Clement Shrine, Boston, Massachusetts.

His Holiness, Pope Francis has decreed that those of the Christian Faithful for whom it is impossible to enter the Holy Door:

-- The sick, the elderly and those confined to their homes, by living with faith and joyful hope during their trials, may obtain the Jubilee Indulgence by receiving Communion or attending the Holy Mass and community prayer, even through the various forms of media;

-- Those incarcerated may obtain the Jubilee Indulgence by chapels of the prisons. May the gesture of directing their thought and prayer to the Father each time they cross the threshold of their cell, signify for them the passage through the Holy Door, because the mercy of God is able to transform hearts, and is also able to transform bars into an experience of freedom;

-- Those who perform the spiritual and corporal works of mercy. The Holy Father states, "Each time that one of the faithful personally performs one or more of these actions, he or she shall surely obtain the Jubilee Indulgence. Hence the commitment to live by mercy so as to obtain the grace of complete and exhaustive forgiveness by the power of the love of the Father who excludes no one;" and

-- The deceased. The Holy Father reminds us that we may gain the Jubilee Indulgence not only for ourselves, but for the deceased as well. He states: "...as we remember them in the Eucharistic celebration, thus we can, in the great mystery of the Communion of Saints, pray for them, that the merciful Face of the Father free them of every remnant of fault and strongly embrace them in the unending beatitude."

All members of the Christian Faithful of the Archdiocese of Boston who are truly contrite and moved by the spirit of charity, who wish to seek this indulgence are to make a profession of faith and observe the usual conditions:

-- Participate in the celebration of, and receive, the Holy Eucharist with a reflection on mercy;

-- Pray for the intentions of the Supreme Pontiff, the Pope.

While the three conditions may be fulfilled several days before or after the performance of the indulgenced work, it is fitting that Communion be received, the prayer for the intention of the Holy Father, and the profession of faith be said on the same day.

A single sacramental confession suffices for several plenary indulgences but receiving Communion and praying for the intentions of the Holy Father are required for each indulgence.

Given at the Pastoral Center of the Archdiocese of Boston in Braintree, Massachusetts this 7th day of December, 2015.