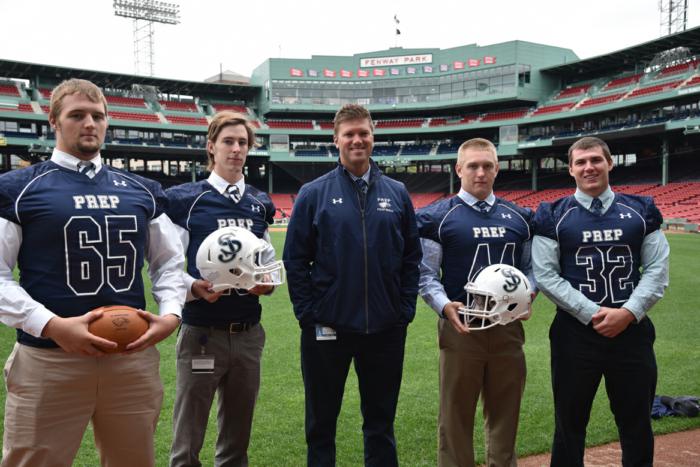 BOSTON -- Four Catholic high schools will be among those taking part in High School Football at Fenway Park, marking the first time in 88 years that high school football has been played at the iconic sports venue.

"This is a very unique and special opportunity for our kids and our school community as a whole. We feel very fortunate and thankful to be a part of it," said Catholic Memorial athletic director Craig Najarian.

"Football hasn't been played on that field in many years. There have been a very select group of schools who have had this privilege since and we are grateful to be included," he said.

Tickets for each doubleheader can be purchased on the official website of the Boston Red Sox for $20, and $5 from every ticket sale will go directly to the school of the purchaser's choice.

"High School football takes center stage on Thanksgiving in one of New England's longest-standing sporting traditions. This is going to be an unforgettable experience for all the young athletes, parents, alumni and fans of these high school football teams," said president of Fenway Sports Management Sam Kennedy in a statement.