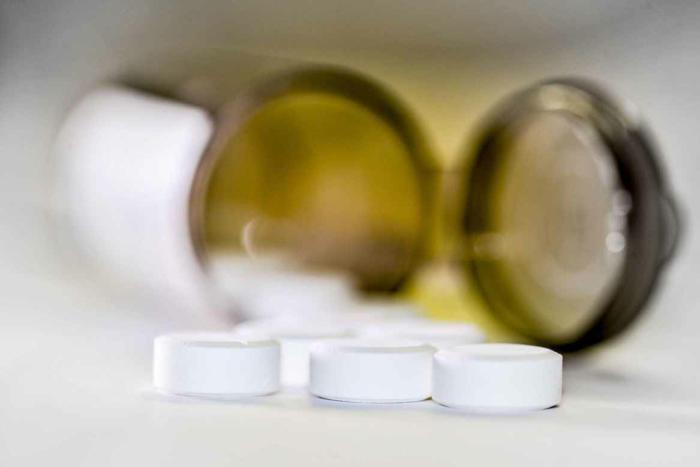 It was just three years ago that Massachusetts voters narrowly defeated a ballot question that would have legalized physician-assisted suicide in the Bay State.

"The vote was close, but the people did speak. The wishes of the majority of voters should continue to be respected by the Legislature," said James F. Driscoll, the executive director of the Massachusetts Catholic Conference.

However, proponents of the assisted suicide measure are persistent. For the third consecutive session, State Rep. Louis Kafka, D-Stoughton, has filed a so-called "death with dignity" bill that would allow adults with a terminal illness and less than six months to live to legally obtain life-ending medication.

Kafka's legislation -- House Bill 1991 -- seeks to address the major weaknesses that opponents highlighted during the run-up to the 2012 elections, which ended in state residents rejecting physician assisted suicide by a 51 percent to 49 percent vote.

Kafka's bill would require that a patient be evaluated by an attending physician and a psychiatrist to rule out any underlying depression or mental illness. Two witnesses would also need to certify that the patient's request to end his or life was being made voluntarily.

However, the measure's opponents say the bill's safeguards are inadequate, and that there remain serious risks of abuse and threats to individual and public safety.

"The more people learn about physician assisted suicide, the less they support it, and the proponents have learned that too. That's why they are never clear about it. They don't even like using the word suicide," said MC Sullivan, the director for the Initiative on Palliative Care and Advanced Care Planning for the Archdiocese of Boston.

Sullivan said the proponents use the term "physician assisted suicide" to suggest that receiving a prescription for lethal drugs is a medical procedure.

"Everybody has the notion of the kindly doctor sitting there and harp music playing," Sullivan said. "And the fact is, anybody can pick up the prescription called into the pharmacy, and they could go out to the Boston Common and swallow it, never telling their family members."

Sullivan said palliative care -- which seeks to relieve patients of the symptoms, pain and mental stress caused by chronic illness -- addresses the reasons that people often give for supporting assisted suicide.

Sullivan added, "The moral arguments against physician assisted suicide are easy to make, in terms of individual protections that are violated, the relationships eroded, the uninformed decisions and the threat to public safety."

On Oct. 5, California Gov. Jerry Brown signed the End of Life Option Act, a bill that makes California the fifth state to allow assisted suicide. Vermont, Washington and Oregon have passed similar laws, while the courts in Montana allow for physician-assisted suicide in some cases. In New Mexico, the state Supreme Court is expected to hear arguments on an appeals court decision that ruled assisted suicide is not a right under the state constitution.

Cardinal Seán P. O'Malley, in his capacity as chairman of the U.S. Conference of Catholic Bishops' Committee on Pro-Life Activities, described California's assisted suicide law as a "great tragedy for human life" and said that the Catholic Church in the United States "will redouble its efforts to protect innocent life at its most vulnerable stages."

In 2011, the USCCB addressed the concerns over assisted suicide in the document, "To Live Each Day with Dignity." The bishops acknowledged that many people fear death and physical suffering, but they added that society is called to respond to those fears with love and assistance.

The Vatican Congregation for the Doctrine of the Faith, in its 1980 Declaration on Euthanasia, said that the request of a gravely-ill people who asks for death is "almost always a case of an anguished plea for help and love."

Driscoll stressed Catholic teachings on the sanctity of life during his Oct. 27 testimony against the bill before the Legislature's Joint Committee on Public Health. Driscoll said suicide is "always a tragedy, not an act of mercy," and said that terminally-ill patients should be cared for and helped.

Driscoll also underscored flaws in the bill, adding that the six-month prognosis is "an educated guess at best," and pointed out several people who testified during the hearing who had outlived that prognosis. Driscoll also said the bill lacks necessary controls, especially with what happens to the lethal doses of medication after they are dispensed at the pharmacy.

"It can be anywhere in your house and anyone can have access to those pills. There is no requirement that a doctor or healthcare physician be present when the dose is taken," Driscoll said.

The Massachusetts Medical Society opposes assisted suicide, as do many advocates for the elderly and disabled, who would be at risk for abuse under an assisted suicide regime. John Kelly, a Boston resident who is the director of Second Thoughts Massachusetts, a disability rights group, called the bill "an invitation to abuse and even murder."

"It's outrageously dangerous. It puts innocent people's lives at risk through medical mistakes and abuse in the home," said Kelly, who argued that the bill does not adequately allow for suspected cases of coercion to be investigated.

"Once that suicide form is signed, your death will be ascribed to assisted suicide, not to anything else," he said.

Sullivan said it is easy to capture the public's attention on the assisted suicide issue since its proponents constantly get coverage in national mainstream media outlets.

Said Sullivan, "To keep the arguments fresh, all you have to do is remind folks what this really is, to strip away the obfuscating language and show exactly what is being proposed, and you can point to the provisions in the bill so people know you're telling the truth."