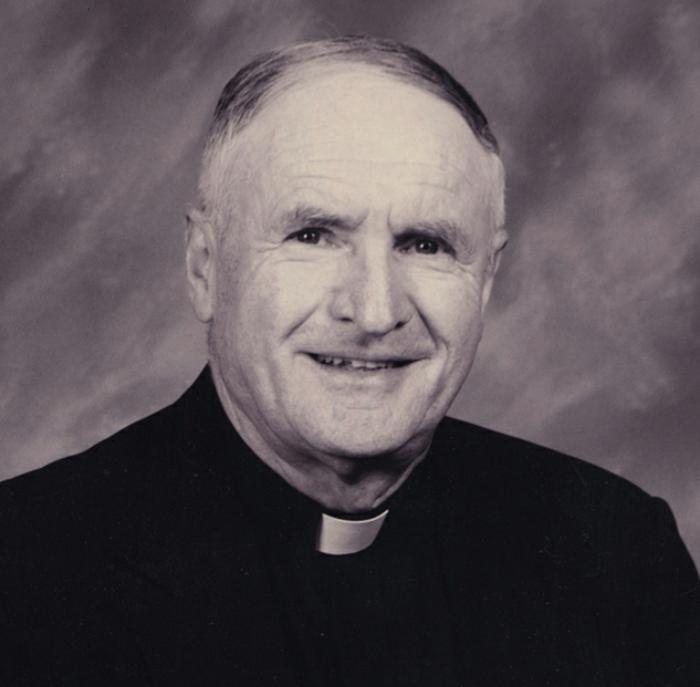 At a convocation of priests on the day of his wake, he got a sustained ovation from his brother priests when they were asked to pray for him. Father John J. McCormick died at Regina Cleri Residence in Boston on Oct. 17 following a battle with cancer.

One of the six children of the late Henry and Margaret (Walsh) McCormick, he was raised in Brighton and educated at St. Columbkille elementary and high schools. A standout player on the high school's basketball team, he was a fierce competitor. Father Joseph Robinson, senior priest of the archdiocese, said "he was always so calm and quiet, except on a tennis court, in a round of golf or even playing Scrabble."

Following high school graduation he attend Boston College for two years before entering St. John's Seminary. Archbishop Richard Cushing ordained him to the priesthood at Holy Cross Cathedral on Feb. 2, 1956; his first assignment followed, as an assistant at St. James Parish in Medford.

He served there for a decade until his transfer to St. Colman Parish in Brockton in 1966. The assignment in Brockton was shorter, five years, but happy and busy. In 1971 he was sent to Rome for graduate theological studies in spirituality. He returned to the archdiocese as spiritual director at St. John's Seminary where he was a very popular choice of the students as confessor and spiritual director. In fact, Bishop Robert Hennessey who was the celebrant of Father McCormick's funeral said "He had some directees from seminary days -- and that's more than 42 years."

He returned to parish ministry in 1977, first as an assistant and then as administrator of St. Anselm Parish in Sudbury. In October 1982 Cardinal Medeiros named him pastor of St. Anthony of Padua parish in Allston, very familiar territory since it was the bordering parish of St. Columbkille. He served there for one term and in 1988 Cardinal Law appointed him parochial vicar at St. Theresa of Lisieux parish in Billerica; he was so happy there and fellow priests and the parishioners were delighted with him that even after he was named a senior priest in 2003 he remained in residence until just a few months ago when his health decline demanded more extensive care.

He was most recently cared for at Regina Cleri in the extended care floor of the archdiocesan retirement home for priests.

Father Jim Bertelli, senior priest of the archdiocese and a member with Father McCormick of a priests' prayer group was the homilist at the Funeral Mass at St. Theresa of Lisieux Church in Billerica on Oct. 21.

Among the many priests joining Bishop Hennessey and Father Bertelli were Father Shawn Allen, present pastor of the Billerica parishes; and Father Joseph Robinson, senior priest.