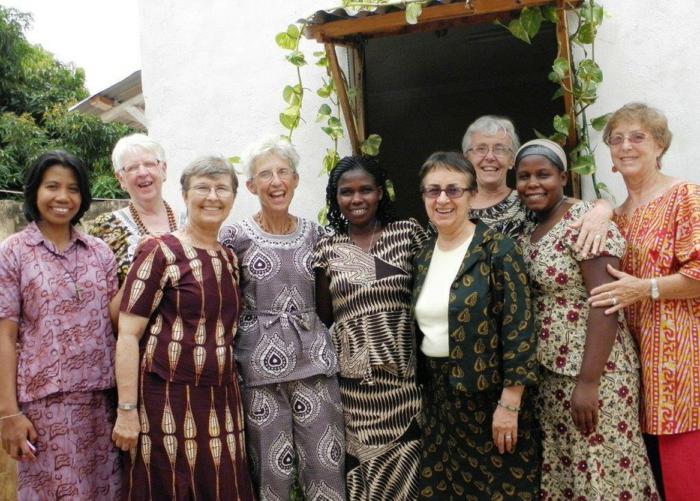 The year was 1904. For Boston-born and bred Mollie Rogers, a young student at Smith College in Northampton, life was just beginning. Like many young women her age, she wondered what lay in store for her. As a devout Catholic, she also wondered how her gifts and abilities might be of service to her Church.

One evening, as she strolled the campus, the sound of young women's voices raised in worship reached her ears. It was the Protestant girls exiting a rally in which they had zealously committed themselves to Christian service overseas. Feeling her heart "strangely warmed," Mollie sensed the Lord was calling her to go, too!

A few years later, Mollie, now on staff at Smith, was asked to begin a missions group for the Catholic students. Her search for materials caused her to contact Father James A. Walsh, director of Archdiocese of Boston's Propagation of the Faith Office, and soon to become co-founder of the Catholic Foreign Mission Society of America, known more familiarly as Maryknoll Fathers and Brothers.

Thus began the journey that would lead Mollie, later known as Mother Mary Joseph, MM in 1912, to form the Maryknoll Sisters of St. Dominic, the first U.S.-based congregation of women religious dedicated to foreign mission.

As missioners in 24 nations across Asia, Africa, as well as North, South and Central America, Maryknoll Sisters, now numbering close to 450, serve the poor in a wide variety of ways, including providing education and medical care, assisting victims of human trafficking, speaking out on issues of social justice and the environment, and helping local peoples do the same.

Many of these great works would not have been possible, however, without the approximately 80 women who have joined Maryknoll Sisters from the Archdiocese of Boston since it began 103 years ago.

While often starting their lives humbly as bookkeepers, seamstresses and clerks in local businesses, these women, once impassioned by God's call to mission and religious life, applied themselves, often in heroic fashion. Here are just a few examples:

-- Bostonian Sister Eileen Kelley, MM took the ship, African Lightning, around the Cape of Good Hope to Tanzania, where she opened and operated a pre-natal clinic and trained medical technicians in the 1950s.

Other Boston area Sisters have provided education and medical care to the poor, ministered to paraplegics, orphans, tuberculosis patients, and nursing home residents; and worked with the refugees, immigrants and the elderly.

The Archdiocese of Boston has never been far from the hearts of Maryknoll Sisters, either.

From 1946-1992, the Maryknoll Sisters operated a community center in Boston's Chinatown to address the needs of the growing Chinese community in the city. Now known as the Chinese Catholic Pastoral Center, and under local leadership, the center offered a wide variety of services to both adults and children, including classes in typing, sewing, crafts, and English; sports programs, social activities for youth, even job placement and interpreter services as needed for visits to hospitals, clinics or immigration offices.

In 1967, a group of Maryknoll Sisters moved to Roxbury, where they built relationships with the local African American residents. Becoming members of local organizations, they supported local leaders of housing projects and schools. Participating in the Association of Urban Sisters, they helped raised awareness of African American issues by speaking at local suburban parishes. Always, emphasis was placed on the African American community being in leadership, with the Sisters supporting them in the work. The congregation's involvement in Roxbury continued until 1976.

The Boston archdiocese also welcomed Maryknoll Sisters to make the Archdiocese's Justice and Peace Commission home base for the congregation's World Awareness program. Offered from 1978-1981 and taught by, among others, Sister Maura Clarke, MM one of four church women who would be slain in El Salvador in December 1980, the program engaged local parishioners, through dynamic presentations and interactive exercises, in learning about critical issues faced in developing nations around the world.

Today, 21 Boston-born and bred Maryknoll Sisters continue to "make God's love visible" throughout the world. These include, among others, Sister Michelle Reynolds, MM who does pastoral ministry and assists migrant workers in Hong Kong and Needham's Sister Kathleen Magee, MM a practicing psychologist. Others have worked with refugees in Cambodia, Mexico and Guatemala; as nurses in Korea, and educators in the Philippines.

To learn more about the Maryknoll Sisters, their charism, and their works around the world, please visit: www.maryknollsisters.org.