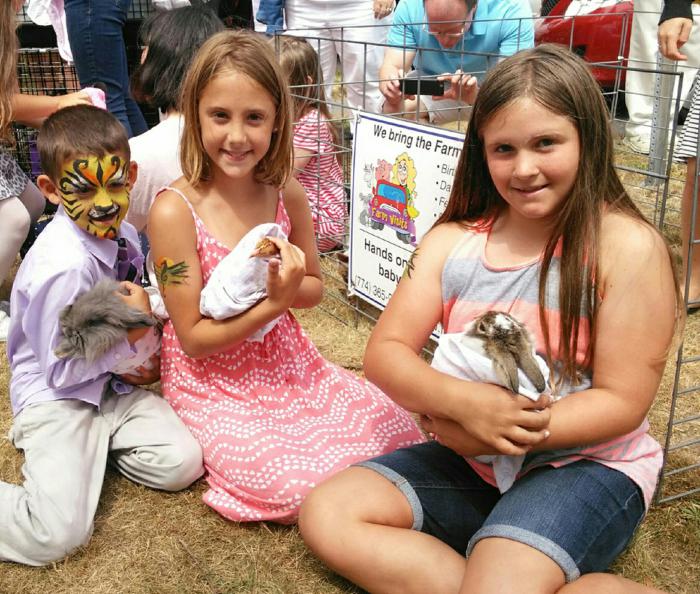 "Having the archbishop there, Cardinal Seán, had the effect of making more manifest this community that came together for this anniversary," parish administrator Father Mark G. Derrane said.

The Catholic community in Hull dates back to the Revolutionary War, when French soldiers garrisoned in the town likely experienced the first Mass celebrated in the town according to the parish website.

Dedicated in 1890, St. Mary of the Assumption Parish in Hull served as a mission of St. Paul's in Hingham and became a parish in 1938.

St. Ann's Church was dedicated in 1915, and was staffed by priests from St. John's Seminary in Brighton until 1944.

St. Mary of the Assumption Church -- along with another church in town, St. Mary of the Bay -- closed in 1994 because increased access to Cape Cod by new highways built in previous decades caused drops in attendance. That year St. Ann underwent renovations and a Mass of dedication in 1995 made the newly renovated church the home of Catholics in Hull as one parish in one church.

This year, the festival began as a decorated statue of the Virgin Mary arrived by boat with the current administrator Father Derrane, former pastor Father Joseph M. Mazzone, and Deacon James C. Theriault at the A Street Pier in Hull.

Parishioners greeted the clergy at the pier and carried the statue in a procession up A Street to the church where Cardinal O'Malley celebrated the Mass.

Father Derrane experienced the procession, created in 2010 under Father Mazzone, for the first time since his arrival at the parish.

"There were a couple hundred people at the pier," he said. "We had first communicants in their white gowns with the statue. We had confirmation students carrying the statue. The whole community just came together and it was a day of great joy."

Father Edwin D. Condon, who serves at the parish on weekends, joined other former priests of the parish for the celebration. Following the Mass, the parishioners served food at a church lawn party. The Cardinal cut a cake to celebrate the 125th and 100th anniversaries.

"It's the 125th Anniversary of St. Mary of the Assumption as a mission of St. Paul's in Hingham. Of course, that's a great long time. It really gives people a sense of being connected to the faith of their forebears, so that adds a kind of connection to history, even the history that goes back behind that all the way to Jesus. One hundred years for St. Ann's Church is just a great sign of God's goodness to the people in Hull," Father Derrane said.