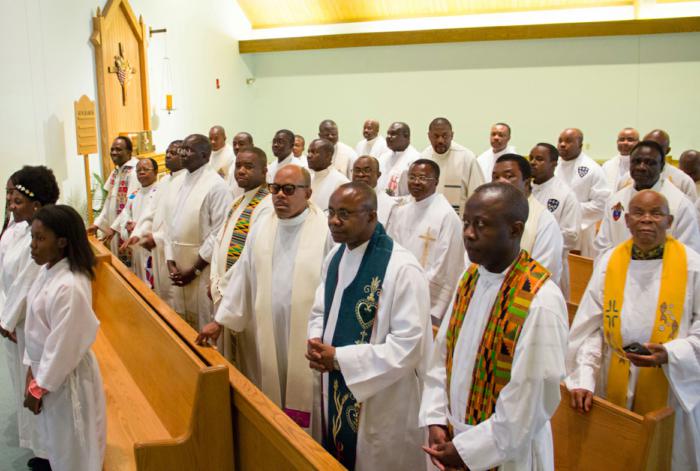 RANDOLPH -- Cultural and social challenges to the traditional family on a global and national scale, impact the families of African immigrants to the United States in a unique way, according to organizers of the annual convention of the African priests and religious in the U.S. held in Randolph last week.

The annual convention of African Conference of Catholic Clergy and Religious in the United States ran from July 28 through Aug. 1 with the theme of "Rediscovering the vision of family morals and values" with a focus on the experience of the family from the perspective of African immigrants to the United States.

With a scheduled September visit by Pope Francis to the United States for the World Meeting of Families in Philadelphia and international events on the theme earlier in the year, organizers said they were following the example of the larger Church by focusing on the family.

"In response to the Church's desire to turn her gaze once more to the state of the human family and to evaluate, with new vigor, her pastoral approach to the evolving dynamics that continue to define the human family in the modern world, the organizers of this convention deemed it worthy to tread in the footsteps of Holy Mother Church," conference president Father Henry Atem said in a Thursday speech.

Speakers at the event addressed the subject of families in general, and families of the immigrant community specifically.

Joseph C. Atkinson, founder of the Theology of the Family Project, delivered the keynote address "Rediscovering the Biblical Vision and Values of the Christian Family in our contemporary society." Guests also heard from speakers including Barnabas Nkore and his wife Justen Nkore, who live the relevant experience of Ugandan immigrants raising a family of two in Woburn. A panel discussion focused on "Sustaining the African Catholic Family in Today's diverse American culture."

Father Atem said the clergy who support those Catholic families living the African immigrant experience face challenges alongside, and in ministry to, the families they serve.

"We do recognize that our pastoral responsibilities as African clergy and religious residing in the United States can sometimes seem overwhelming, given the amount of cultural adjustments required by any immigrant population. A major aspect of this cultural shift bears upon African families and their ability to remain steadfast to the tenets of the Catholic faith," Father Atem said in his speech.

Auxiliary Bishop of the Archdiocese of Boston John A. Dooher celebrated the closing Mass of the five-day convention, July 31, at St. Mary Parish in Randolph.

The convention of African priests and religious women grew from the Office for the Pastoral Care of Migrants and Refugees, which the U.S. Conference of Catholic Bishops created in 1983 on the heels of the Vatican document "Pastoralis Migratorum Cura," an apostolic letter that addressed migrant communities. The office appointed Father Aniedi Okure, OP, the first Coordinator of Ethnic Ministries in 1995. In 2004, the groups African Women Religious Conference and African Catholic Clergy Association united to become the renamed African Conference of Catholic Clergy and Religious in the United States.

Father Okure said Western powers in African countries promote values that can conflict with traditional family values. He said it shows the reality of a new kind of colonialism.

He said the members of the conference bring experience from the context of African nations to parishes in the United States. In the United States, immigrant families face the challenges of day-to-day differences in addition to the cultural push to accept non-traditional values.

He pointed out that divorce rates among African immigrant families in the U.S. are much higher than in their home countries, as mothers and fathers lose the support of extended families.

He said the annual convention gives the clergy and religious a chance to network, explore issues, and build contacts.

This year the clergy, religious and bishops at the convention in Randolph turned to a specific question, "How do we take this information to certain Catholic families in the United States?"

"This time around we are talking about family values in general, within the Catholic tradition of maintaining father and mother, prayer together, being God-centered, of making sure that materialism doesn't get in the way of spirituality," he said.

Next year the convention will include a Eucharistic congress.