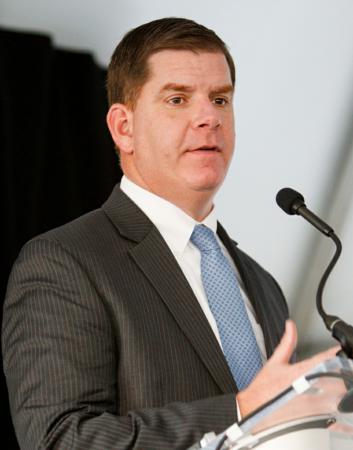 BOSTON -- Boston Mayor Marty Walsh and 70 mayors from around the world will travel to Vatican City this week for July meetings on human trafficking and climate change, the Vatican announced on July 15 at a press conference in the Holy See Press Office.

Vatican Radio published details of the scheduled meetings with a list of participants and statements, which included a statement from Mayor Walsh.

"I am honored to have the opportunity to represent the City of Boston at the Vatican to discuss the vital issues of human trafficking and protecting our environment. I look forward to joining my peers from around the world to collaborate on how we can prepare our cities for the future," Walsh said.

The delegation of politicians is also scheduled to include governors from the United States and representatives from the United Nations at July 21 and July 22 workshops hosted by the Pontifical Academy of Social Sciences and the Pontifical Academy of Science. Participating mayors, governors and representatives will attend the "Modern Slavery and Climate Change: The Commitment of the Cities" workshop, July 21, in New Synod Hall. The workshop "Prosperity, People, and Planet: Achieving Sustainable Development in Our Cities" will take place, July 22, in Casino Pio IV.

Bishop Marcelo Sanchez Sorondo, chancellor of both academies, explained at the press conference why the Vatican invited mayors to participate in the scheduled workshops.

He explained the idea for the meeting with the mayors came out of a 2014 gathering with police chiefs and bishops from around the world on the problem of human trafficking. He said police chiefs stressed a moral commitment by the bishops to the poorest of the poor.

"However, they also pointed out that they report not to the bishops but to the governors, and in many cases to the mayors. Following their advice, we have thus tried to bring together the mayors to determine the best practices to mitigate climate change and eradicate modern slavery," Bishop Sorondo said.

"We intend for the mayors to commit to promoting the empowerment of the poor and of those who live in vulnerable conditions in our cities and in our urban settlements, reducing their exposure to extreme weather events caused by radical environmental, economic and social instabilities, which create fertile ground for forced migration and human trafficking," the bishop said.

"In short, we would like our cities and urban settlements to become more socially inclusive, safe, resilient and ecologically integrated," he said.