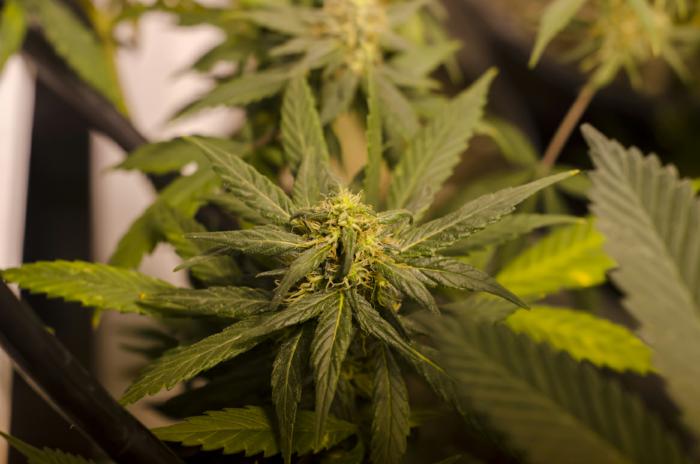 Legalized marijuana being grown in Colorado in 2013. Moves are underway to attempt to legalize recreational marijuana in Massachusetts. CC BY 2.0/ Brett Levin Photography via Flickr

Seven years after decriminalizing small amounts of marijuana and three years after approving medical marijuana, Massachusetts voters may soon decide whether they want take the next step and legalize recreational pot.

At least two pro-marijuana organizations are pushing to place questions on the 2016 ballot aimed at full legalization. Meanwhile, a separate bill is pending in the state Legislature that would tax and regulate marijuana like alcohol and allow adults over 21 to possess and grow pot.

The question of full marijuana legalization is a complicated one for Catholic voters who want to study the issue from a moral and ethical standpoint. There is no defined Catholic teaching on cannabis and the Massachusetts Catholic Conference has not issued any statements on the nascent legalization drive.

But Scripture, the Catechism of the Catholic Church and other Church documents condemn drunkenness and recreational drug use that impair the mind and body. Pro-marijuana advocates often compare pot to alcohol, which can be consumed in moderation. But ethicists such as E. Christian Brugger, a moral theology professor at Saint John Vianney Theological Seminary in Denver, Colorado, say that is a false comparison.

"Most people who consume alcohol consume it moderately and not with the end in mind to get themselves drunk. But with marijuana, it would seem to me that the great majority, over 90 percent, of those who smoke marijuana do it to get high," Brugger said.

C.J. Doyle, executive director of the Catholic Action League of Massachusetts, said he believes it reasonable that most adherents of traditional Catholic teaching would find the legalization of marijuana to be opposed to the common good.

"The inhalation of any controlled chemical substance, used solely for recreational purposes, which alters the consciousness, while adversely affecting the physiology of the brain, thus impairing both the faculties of the mind and the health of the body, must be considered a violation of The Fifth Commandment of The Decalogue," Doyle said.

Elsewhere in the Bible, St. Paul, writing in Ephesians (5:18) and Romans (13:13), advises against carousing and drunkenness, which the Apostle said leads to debauchery and is a hallmark of those who walk in darkness.

More recently, during Pope Francis' 2013 trip to World Youth Day in Brazil, the pontiff condemned the "liberalization of drug use" and called on society to act with courage to educate young people "in the values that build up life in society."

In 2001, the Pontifical Council for Health Pastoral Care issued a document, entitled "Church: Drugs and Drug Addiction," that said consuming the various forms of cannabis cause euphoria, confusion and drowsiness. The document also listed several health risks of repeated marijuana use, including swelling of blood vessels, bronchial disease and loss of short-term memory.

"Considering all the facts, it is irresponsible to consider cannabis in a trivial way and to think of it as being 'a soft drug,' that is, one without remarkable effects on the organism," the council stated.

The National Institute of Drug Abuse also warns about marijuana's health risks, especially brain development. The NIDA says the drug may reduce thinking, memory and learning functions, and may impair how the brain builds connections between areas necessary for those functions, when people begin smoking pot as teenagers.

"It seems very clear that as opposed to alcohol, marijuana has significant health risks even when used in moderation," said Melissa Moschella, a philosophy professor at the Catholic University of America.

"I think that's a really important difference. There are legitimate and non-harmful ways to drink alcohol whereas there really is no non-harmful way to take marijuana," Moschella said.

Marijuana advocates often cite Prohibition to argue for cannabis' legalization, saying that the national drug war has led to thousands of non-violent marijuana users being incarcerated. Moschella says that is a false argument and that certain reforms can be implemented without full legalization.

Moschella also said the law has a teaching dimension.

"Laws just don't forbid or allow things. They also educate," Moschella said. "The legalization of marijuana would send a very strong message to people that using this isn't so bad or it's not dangerous, and it will lead to increased use."

Brugger said he could not imagine how legalizing marijuana serves the common good.

"The common good is not an abstraction. It should be taken more seriously," Brugger said. "However hard it has been to uphold the marijuana laws, it is still undeniable that they have served a pedagogical purpose of instructing people about the badness of marijuana use."

Doyle also argues that, as a matter of public policy, legalizing pot is "chronologically anomalous."

"For the past 50 years, our society has professed an increasing alarm over the lethal effects of smoking, the dangers of driving while intoxicated, and toxic consequences of ingesting carcinogens and contaminants. Now, there is a growing movement to legalize a substance that will pose dangers in all three of those categories," Doyle said.

Finally, there is also the question of whether smoking marijuana compromises one's Christian witness, causes scandal and leads others into sinful and harmful behaviors.

"It could cause other people to look and say, 'Well look, if they're doing it, it seems to be a good thing or at least not a bad thing,'" Brugger said. "It can make it appear to be harmless, but marijuana is not harmless."