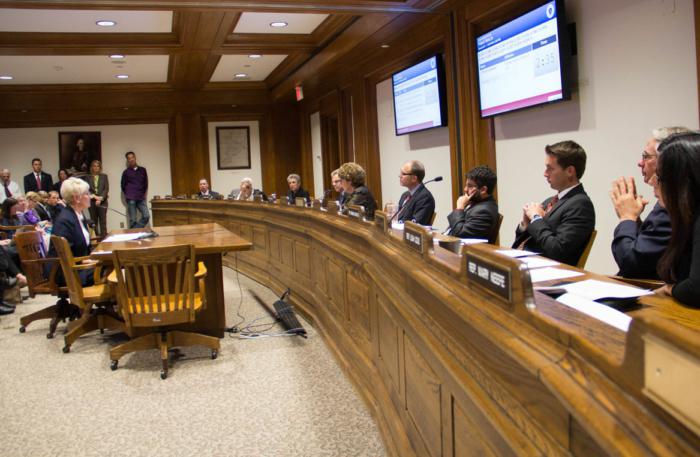 BOSTON -- Supporters and opponents of three bills related to pro-life causes filled a room at the Statehouse, June 2, as the Joint Committee on Public Health heard testimony on Beacon Hill.

The committee heard testimony on three bills with relevance to the defense of human life and pro-life causes. The committee heard testimony on H2039, a bill aimed at licensing abortion facilities in the state; H2070, a bill to lower the age that a woman seeking an abortion needs parental consent; and H2037, a bill to legally adjust biotechnology laws to allow the use of skin cells rather than embryonic stem cells in related research.

"For far too long, Massachusetts has allowed the lowest standard of care for women seeking an abortion," he said.

Opponents of the bill, including representatives of NARAL Pro-Choice America and a panel of doctors, said the resulting law would target the abortion clinics arbitrarily. They said it would decrease the availability of abortions, drive up their cost, and would be unconstitutional under the Massachusetts Constitution.

Dr. Julie A. Johnston, a family medicine physician in Lawrence, spoke about abortion as a safe procedure.

"Abortion is a common and very safe medical procedure with an extremely low risk of complication," she said.

In a question, Representative James J. Lyons, Jr., R-Andover, pointed out that the legislation is not politically motivated as a restriction on abortion.

"Just for the record, so that others in the room know, this legislation was promulgated by a family whose 22-year-old daughter died undergoing an abortion at an unlicensed abortion facility," Lyons said.

Laura Hope Smith died at a Hyannis abortion clinic in 2007, when her heart stopped during an abortion procedure. An investigation by the state Board of Registration in Medicine found that the clinic had no heart monitoring equipment, the blood pressure cuff used for her was broken, and staff members were not trained in CPR. The doctor at the clinic was convicted of manslaughter. The Smith family subsequently won a multi-million dollar malpractice suit.

Opponents had called the legislation a targeted regulation of abortion providers, or TRAP, bill.

"The fact that either you want to call it a TRAP bill or you want to call it politically motivated, these are how laws change in our country, all right. Something happens. Someone is harmed, and they come forward with a piece of legislation. That's where this bill came from, so the fact that you want to make the comment that we don't care about women, I think what we're trying to do is make sure that the playing field is level and to put regulations in place so that this doesn't happen again," Lyons said.

The committee also heard testimony on a bill that would lower the age of required parental consent when a minor seeks an abortion. Current laws set the age of consent at 18. Below that age, consent is required from a parent or authorization from a judge. The bill discussed at the hearing would drop the age to 16 and broaden the sources from which the minor could seek consent, such as family members other than parents or another "authorized individual" including medical personnel and mental health professionals.

Vice President of Education at MCFL Linda Thayer said the increased options could allow a healthcare professional at a public school to give consent to a girl under the age of 16 instead of a parent.

"It would allow for staff of a school-based health center -- a physician, physician assistant or nurse, or possibly a school psychologist, a social worker or school nurse -- to authorize a minor girl's abortion. This would make public schools a partner with abortion providers," Thayer said.

Rep. Elizabeth Poirier gave testimony on a bill she proposed in January that moves to promote the use of skin cells in relevant research rather than embryonic stem cells. The bill would adjust the language of current laws by replacing the words "embryonic stem" with "skin" in reference to biotechnology laws and other laws pertaining to such research, thereby making the use of cells from fetuses and embryos illegal in favor of reprogrammed human skin cells.

According to Poirier reprogrammed human skin cells can be used for the same medical and research purposes.

"This is a very important issue for many, and I am respectfully requesting that you consider supporting this legislation, particularly since the scientific research has shown that the skin cells can be used for exactly the same thing," she said.

"I think she deserves a lot of credit for filing that bill. It's important," Fox said.