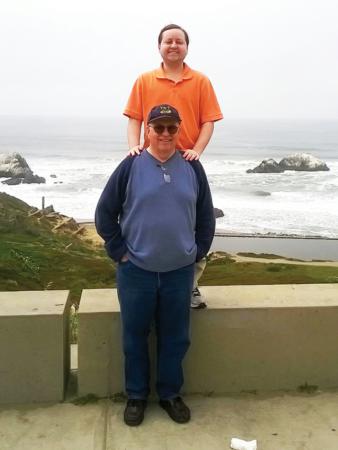 Marist founder, Father Jean-Claude Colin, SM, envisaged a world where people from all walks of life would "live Mary's life" in their time and make present in the world the Holy Spirit as modeled in Mary's life of grace.

Father Colin, who lived in France during the French Revolution, saw this as a means of bringing about a Church and human society rooted in the power of God's love and mercy. The way Mary lived her life and went about her work inspires Marists to do the same. At the heart of Mary's work is an openness to all people, excluding no one and enabling men and women to grow and develop according to their truest call.

The first Marists to set foot on American soil did so in New Orleans during the Civil War, in February, 1863. The area was considered mission territory in those days, and the French Marists had responded to the request of the bishop to evangelize the many French speakers who had settled in the area. Marist service to the Louisiana River Road region would continue through 1996, and had expanded quickly from the 1860s, with Marist foundations blossoming in all corners of the country, including New England.

The Marist story is told today in the vibrant ministries and myriad works of our members locally and around the world. We are found in parishes, schools, colleges, missions, hospitals, administration work and in the armed services. We have an excellent mix of diverse ministries for which we are very grateful, each of which builds on the devoted years of service of our senior men.

We believe that a young man seeking to live apostolic religious life today could find among us any ministerial calling he might be looking for. Because of our dynamic heritage and hope-filled future, we feel assured that God will continue to call men to our Society of Mary as he also calls the laity in the Church in our time, to join us in ministry for many years to come.

The Society of Mary (Marist Fathers and Brothers) is enjoying a new springtime of vocations -- bringing a new generation into Marist life, ministry, and leadership. The men who come to us are singularly attracted to the core vision of the Marists, which is evident in our foundational focus on Mary, and her wish to be especially present to the Church in "these times," to use our Founder's words. We, and our candidates, find these unique virtues as profoundly meaningful and attractive today as they were in the time of our origins almost two centuries ago.

Our candidates spend almost a year in a postulancy (preparing for the novitiate and ensuring their current knowledge in Catholic teaching and Marist history and culture). They then spend another year in the novitiate learning the ways of prayer, and the ascetical and spiritual practices that will prepare them for the vows and life in community. After their temporary profession of the vows of poverty, chastity and obedience, they are required to complete 30 hours of philosophy prior to starting courses in theology. This is followed by three years of study in Rome at one of the theological schools. During this time in theology, they will be ordained to the diaconate and will return to a Marist community for a pastoral year prior to ordination to the priesthood.

Our Brothers require a similar formation and training since their futures will be in ministry similar to the candidates being prepared for priesthood.

The Marist vocation experience, from the perspective of a Marist postulant, was articulated recently by postulant, Nik Rodewald, who recently attended a "Marist Family" conference, where representatives of the Marist Fathers and Brothers met with other members of the Marist Family, namely Marist Teaching Brothers, Marist Sisters and Marist Missionary Sisters. Nik noted: "I have not often encountered a lot of people whom I simply feel as though I have known my entire life, when I actually knew them for just a matter of days or weeks -- yet this is my experience with the Marists. This weekend was the same way ... every moment was really joyful, pleasant and comfortable. That is a great grace for which I am very thankful. I was struck by the unity within the Marist family -- we all have the same understanding of spirituality, and it is a beautiful gift that we, as Marists, have to give to the world."

The Marists can be found online at societyofmaryusa.org.

Jack Ridout is Director of Vocations for the Marist Fathers and Brothers of the USA. He attended the St. Peter Chanel Seminary in San Rafael, CA for four and one-half years before joining the United States Navy for 20 years; he then joined the corporate world. Jack remained in contact with the Marists throughout his naval and corporate career, and returned to the Marist Province where he has, since 2008, headed up its Vocation Office.