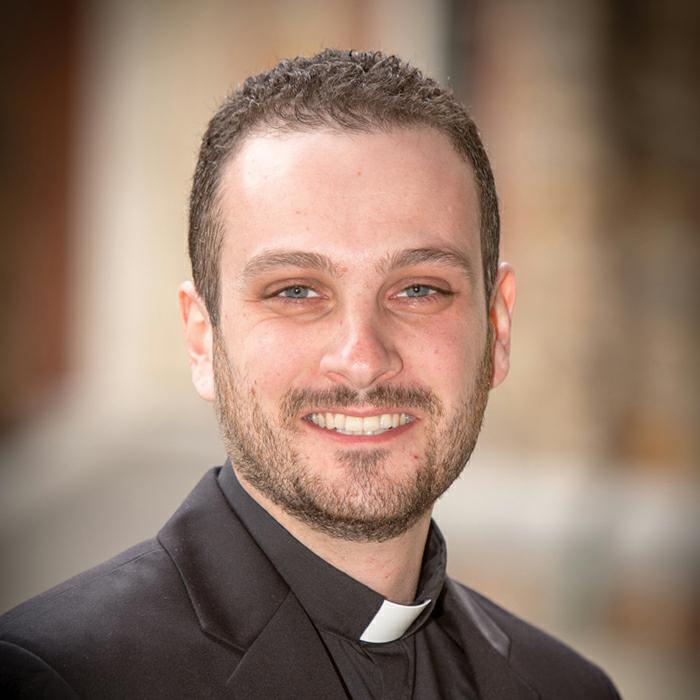 This is the fourth installment in the series profiling each of the five men who will be ordained to the priesthood by Cardinal Seán P. O'Malley at the Cathedral of the Holy Cross on May 23.

As a child, Deacon Andrea Filippucci lived what he considers an idyllic life. Born in Rome, the 6th child of 11, his family relocated to Perugia, Italy, where the parents worked as lay missionaries as part of the Neocatechumenal Way. He can recall many fond memories shared with his parents and siblings.

All that abruptly changed in 1997, when his father died unexpectedly. At the time, Deacon Filippucci was only 8 years old. His mother, Lucia Stefania, pregnant with the 11th child, suddenly found herself a single mother.

At that moment, his life was forever altered.

"I was very young, "Deacon Filippucci recounted, "but I factored the data, and I came to the realization that God did not exist."

By the time he was 13, Deacon Filippucci had "completely left the Church," opting to spend his days with his friends.

"I thought that my happiness would come with my friends, with drugs, with alcohol, with dancing in the nightclubs," he said.

One night, after "too much grappa," he awoke in the hospital, alone. He recalled that no one had even left a voicemail on his cell phone. He said the only person who was there for him was his mother.

"When my mother saw the situation I had put myself into, she told me something had to change," he said.

She enlisted the help of a friend of hers -- a priest who ran a retreat house near the Sea of Galilee in Israel. He agreed to allow Deacon Filippucci to live and work in the retreat house.

"Honestly I went with the idea of getting clean and then come back to my 'world' -- to my friends, to my life -- renewed," he admitted.

Instead, much to his surprise, he said "I found myself very happy."

It was then that Deacon Filippucci first began to consider the priesthood.

"I felt God had rescued my life from death, and that I really wanted to be that person in the lives of others," he said.

However, when his year at the retreat house was over, Deacon Filippucci returned to Rome, and the temptation to return to his former way of life almost led him astray once more.

Speaking with the priest from the retreat house, the priest suggested that perhaps Deacon Filippucci was really just trying to run away from God's call.

So, in 2007 he attended a meeting of prospective seminarians from the Neocatechumenal Way where they are asked if they are willing to go anywhere in the world to serve the Church. From that meeting, he was sent to the Redemptoris Mater Archdiocesan Missionary Seminary in Boston, and began taking classes at St. John's Seminary.

Three years later, as part of his formation, Deacon Filippucci spent two years as a lay missionary, working first in Colorado, then in the South, and finally in Utah.

"Having this experience helped me to see the need to announce the Good News to people," the 28-year-old said. "There is such a hunger in people's lives. This work is very important."

As his ordination approaches, Deacon Filippucci said he is, "looking forward to being able to celebrate the sacraments."

"I see how people look to priests for guidance and I cannot believe that I will be one of those people," he admitted, adding that he is looking forward to helping guide young people through the chaos of adolescence.

"The Redemptoris Mater Seminary is so small, and that has helped me because it didn't allow me to hide, to get lost in the crowd, which is often my temptation."

Looking back on his life, Deacon Filippucci sees how God has always been present, even when he wasn't looking for Him.

"It amazes me how God has always taken me by the hand and guided me. I am very much looking forward to my future," he said.