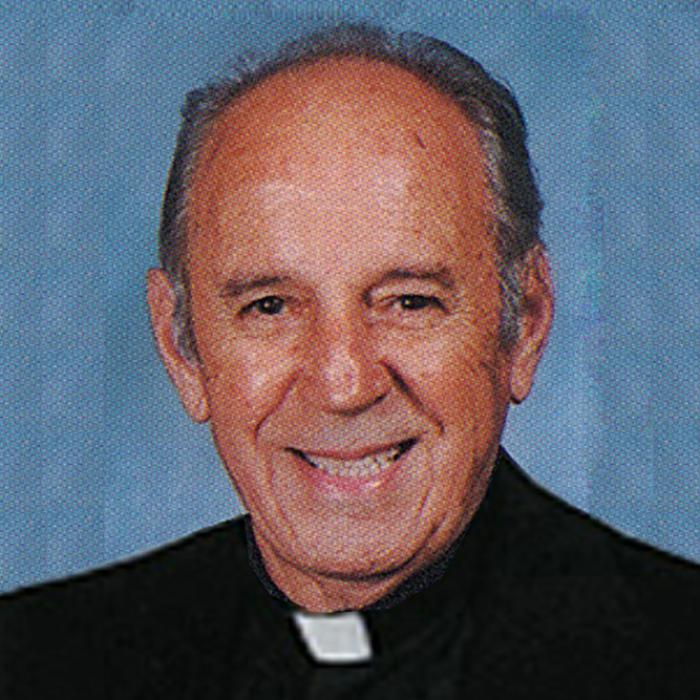 The second oldest and second most senior priest of the archdiocese, Msgr. Alfonso G. Palladino died at Regina Cleri on March 3. He was 96 years old and had been a priest for 72 years. His death leaves Msgr. Paul McManus, the oldest and most senior priest and the only remaining priest of the archdiocese ordained while the indomitable William Cardinal O'Connell was archbishop.

Born in Boston's Mattapan section on April 8, 1918, he was a son of the late Frank and Anastasia (Maglio) Palladino. He was a member of the class of 1939 at Boston College and combining his student and alumni years he was an Eagle for more than half the years of the existence of Boston College. The family moved for some time to Wakefield, though the newly ordained Father Palladino celebrated his First Mass at St. Peter Church, Dorchester.

In September 1951 he was sent to Rome to complete graduate studies at the Pontifical Gregorian University and was awarded a doctorate in sacred theology. On his return to the archdiocese he was appointed to the faculty of St. John's Seminary in Brighton. During his next 16 years as professor at the archdiocesan seminary he taught three courses: History of Philosophy, the Trinity, and Christology. These were required courses so every seminarian had "Al Pal" for at least those courses. The student mimeographers (duplication process before copiers or pdfs) regaled one another and fellow seminarians about the reams of paper used for Al Pal's notes -- which seemed not to evidence much editing or redacting from one year to the next. Some could argue that not much changed about God or Christ so not much editing was needed.

Blessed Paul VI named him a member of the papal household as a domestic prelate on Nov. 23, 1967.

Richard Cardinal Cushing named him pastor of St. Mary of the Annunciation Parish in Melrose on June 10, 1969 where he served until his retirement on Nov. 11, 1983. Following his retirement he continued to live at the rectory. He split his retirement years between Boston and Florida; serving in summer and fall at Melrose; and in winter and spring in Clearwater. He subsequently moved into Regina Cleri and even from there he spent a greater part of the winter in Florida. Many of his fellow residents at Regina Cleri had been his students in the seminary.

Bishop Robert Hennessey recalled that "he came to visit our priests retreat in Florida three years ago; I could not believe he was in his early 90s." The bishop was the principal celebrant of Msgr. Palladino's Funeral Mass at St. Mary Church, Melrose on March 7, 2015. Father John Ronaghan, administrator of St. Mary Parish, Randolph was the homilist. Father Ronaghan was Msgr. Palladino's second successor at the Melrose parish and lived with him for most of that time.