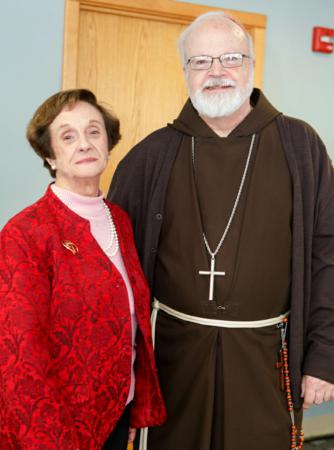 Now a United States citizen, Latorre was born and raised in Spain, where she became a member of the Teresian Association founded by Spanish priest St. Pedro Poveda.

According to their website: "The Teresian Association is an international Catholic lay association of men and women called together to make Jesus present in today's world through living out the Gospel values in everyday life." Members of the association fulfill this mission through their work in "schools and universities ... pastoral work, the mass media, in health care and research."

After graduate studies in Madrid, the Teresians asked Latorre to go to South America to teach at a girl's school. Some years later, she was asked to go to Boston to work with the growing Hispanic community here.

She arrived in Boston in 1967, a young woman, knowing no one. Soon after she arrived, she was invited to teach Spanish literature at Emmanuel College, a role she continued to fill for more than 30 years, until she retired as a professor emeritus.

Also during her early days in Boston, Latorre found her way to the Cathedral of the Holy Cross and approached the rector, telling him of her desire to teach religious education to the Hispanic population there.

As Latorre tells the story, the best thing that ever happened was the pastor's rejection of her offer. He told her that before she could work with the community she had to become part of the community. Heeding that advice, she began volunteering to prepare children and adults to receive the sacraments and gradually learned the location of other parishes with significant Hispanic population.

Latorre obtained first Communion religion books in English and translated them, page by page, into Spanish, pasting the English and Spanish texts side by side. She made copies on a mimeograph machine. Driving from parish to parish, she prepared children and youth for sacraments, and worked with adults as well.

When Cardinal Humberto Medeiros heard about the work she was doing in Hispanic communities, he invited Latorre to meet with him. Although all her work was done as a volunteer, Cardinal Medeiros wanted Latorre to become part of the Office of Religious Education.

Latorre recalls that, "He assured me that as part of the ORE I would have solid support, learn about excellent catechesis, and the ORE would help explore and develop resources. He felt that my presence and the work for justice for the Spanish speaking would bring a rich perspective to the archdiocesan catechetical program."

Later, Cardinal Bernard Law asked Latorre to develop a catechist certification program and other adult education and formation programs. While part of the ORE she developed Basic and Intermediate Catechist programs, and offered formation for extraordinary ministers of holy Communion and lectors. Annual retreats and workshop days were added.

Perhaps her most significant achievement was the establishment of the Instituto de Formacion de Laicos (Institute for the Formation of the Laity), an intense, leadership program for Spanish speaking adults. Meeting for prayer and instruction for four hours every Saturday for two-years, the program provides a solid foundation in theology, Scripture, Church documents, and specialized formation in specific areas of parish life: liturgy, youth ministry, marriage preparation, prison and hospital ministry, and religious education. The program has over 300 graduates who return to their parishes equipped to be lay leaders.

At a reception in her honor at the Archdiocese's Pastoral Center Feb. 26, Latorre thanked Cardinal Seán P. O'Malley for his encouragement and support of her and the Hispanic community.

She also thanked her Pastoral Center colleagues saying, "When I retire and return to Spain, hopefully to continue to work for the poor and marginalized, I will remember and speak of the goodness of the Archdiocese of Boston. I will especially remember you who are members of the pastoral staff. Your kindness and encouragement have made my days here rich and happy. I have loved the people, my work, and I love all of you." 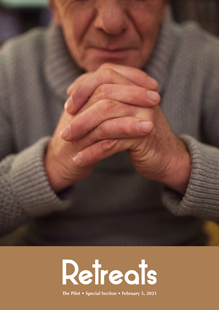