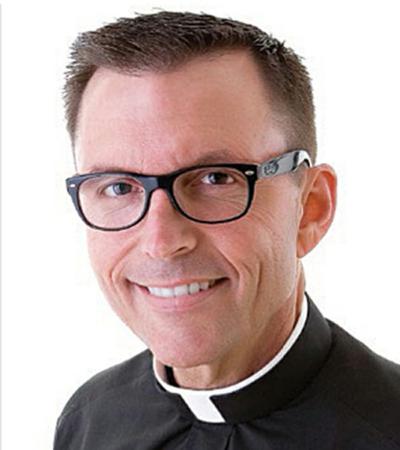 BRAINTREE -- Cardinal Seán P. O'Malley has announced the appointment of Father Robert Reed as Secretary for Catholic Media of the Archdiocese of Boston. Father Reed has been serving as secretary on an interim basis since 2013 and has been associated with CatholicTV for more than a decade.

In this cabinet position he oversees the media entities of the Archdiocese of Boston including The CatholicTV Network, and CatholicTVLIVE.com, The Pilot newspaper, Pilot Bulletins, Pilot Printing, iCatholic magazine, The Catholic Directory, the Sunday Mass in Spanish and the Radio Apostolate of the Archdiocese of Boston. Media operations, public affairs as well as the web and digital responsibilities continue to be overseen by the Secretariat for Communications and Public Affairs, also a cabinet position.

Father Reed was ordained to the priesthood on July 6, 1985. His first parish assignment was as parochial vicar at Immaculate Conception Parish in Malden. Other parish assignments have included St. Catherine of Siena Parish in Norwood, pastor of St. Matthew Parish in Dorchester, St. Theresa of Avila Parish in West Roxbury, All Saints Parish in Haverhill and as pastor of Holy Ghost Parish in Whitman.

In making the announcement Cardinal O'Malley called Father Reed, "a gifted priest and communicator in our efforts to evangelize."

"His innovative approach to using our Catholic media capabilities is helping us to reach a wider community of the faithful and inspiring people to become active participants in their parishes, schools and ministries. We are blessed with the ability to bring the message of Christ to our people in new and exciting ways," the cardinal said.

Sister Marian Batho, Chair of the Board for Catholic Media and Delegate for Religious in the Archdiocese, said, "Father Reed has guided our Catholic media entities with great energy. We are reaching a diverse community of Catholics, young and old and from many walks of life. His outreach to the homebound and our youth is an important focus for the Catholic Media board and under Father Reed's leadership he is creating new opportunities and programming to engage the faithful."

Father Reed said, "It is a privilege to serve the cardinal and the archdiocese as both a priest and in my capacity with Catholic Media. I appreciate the confidence the cardinal and the board have shown in me and I look forward to bringing the best of our talents and programming to the table each and every day. Our work must be always for the glory of God."