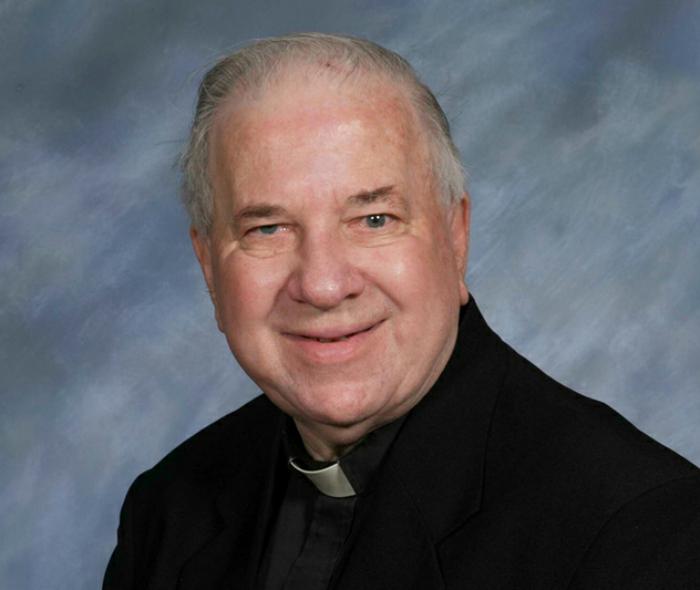 A Boston native, Father James F. Lanergan was born on May 20, 1934 a son of the late James and Ellen (Campbell) Lanergan. Following seminary formation at archdiocesan seminaries, he was ordained to the priesthood at Holy Name Church, West Roxbury on Feb. 2, 1961 by Auxiliary Bishop Jeremiah F. Minihan.

In 1973 he was appointed Director of the Archdiocesan union of Holy Name Societies and of the Archdiocesan Sodalities and in 1974 as State Chaplain of the Daughters of Isabella. He served in those three positions full-time until his appointment in 1979 as administrator of Holy Trinity (German) Parish in Boston's South End. During this time he also served as chaplain of St. Margaret Hospital, Dorchester (1981-1985). He was granted a Master of Education from Boston State College in 1973 and a Master in Business Administration from Anna Maria College in Paxton in 1985.

During the next 11 years, he served as chaplain at the Massachusetts Correction Institute in Bridgewater and was in residence first at St. Ann, West Bridgewater and later at St. Mary, Plymouth. In October 2002 he was named administrator of St. Rose of Lima Parish, Rochester and served there until his retirement in June 2006 when he was granted senior priest retirement status.

In retirement he lived in the Manomet section of Plymouth and was a regular and welcome "assistant" to the pastor.