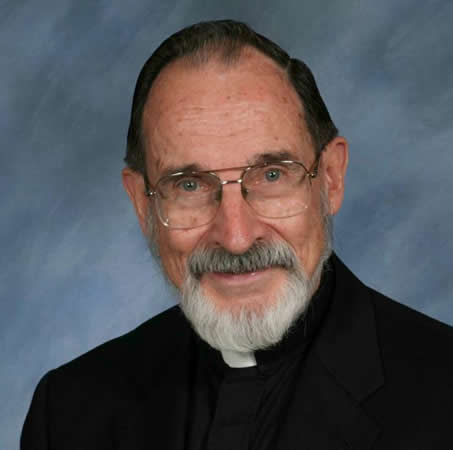 Born in Peabody on Sept. 19, 1933 and raised in Waltham where he attended local schools, Father Stankard completed seminary studies at St. John's in Brighton and was ordained by Cardinal Cushing at the cathedral on Feb. 2, 1959.

His first priestly assignment was as an assistant at St. Patrick, Roxbury. He volunteered to join the fledgling Missionary Society of St. James the Apostle in 1962 serving in Peru until 1969. From 1969 to 1972 he was on a lend lease period from the Society for service in the diocese of Abancay in Peru. He returned to the Society in 1972 but remained assigned to Society's activities in the Abancay diocese until 1978.

His 16 years of priestly service in Peru provided him with both the language skills and the "Hispanic heart" so important in ministry to Hispanic parishes in the United States. On return to the archdiocese in 1978 he was named an associate at St. Ambrose, Dorchester and in 1981 he was appointed associate at St. Mary of the Annunciation Parish in Cambridge, both parishes that continue to have large Hispanic Catholic populations.

Except for his first three years of priestly ministry, Father Stankard has been involved with Hispanic Ministry both here in the archdiocese and in Peru. Not surprisingly then, even in retirement he will remain involved with that community as he remains in residence at St. Stephen as he begins his "retirement."