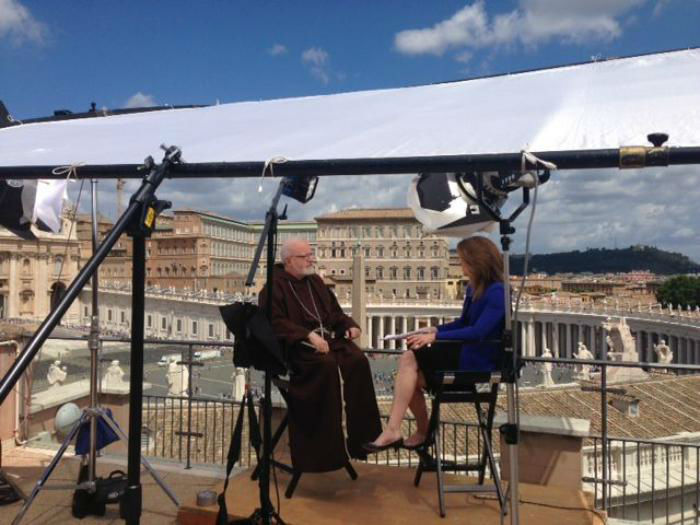 Cardinal Seán P. O'Malley has been interviewed for a story to air on 60 Minutes (WBZ TV Channel 4 in the Boston area) this Sunday, November 16th. The show airs weekly on CBS at 7:00pm EST. Please check your local service provider especially if CBS airs the 4:00pm NFL game in your area.

The interview focuses on the Cardinal's ministry as Archbishop, his background working with immigrants, the issue of clergy sexual abuse and the many opportunities and challenges facing the Church in 2014. The Cardinal also discusses Pope Francis.

The story follows the Cardinal to the Mass on the border in Arizona as well as Rome and Boston. Norah O'Donnell reports and the interview was produced by Marblehead native Frank Devine who is a 30 year veteran and senior producer for the show.