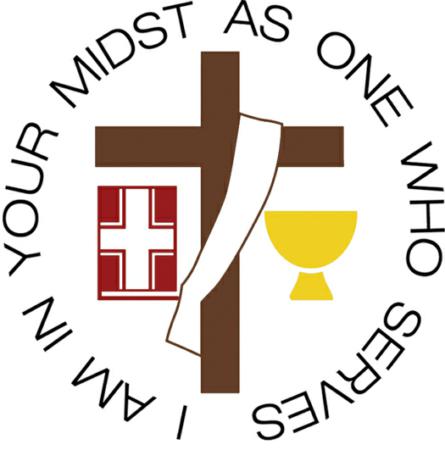 Cardinal Seán O'Malley will ordain 13 men to the Order of Deacon at the Cathedral of the Holy Cross on Saturday, Sept. 20th. Representing the diversity of the archdiocese this class includes four candidates from the Hispanic community, one from the Brazilian community, and one from the Vietnamese community. The richness of the cultural and spiritual lives of these men and their families will bring great gifts to our parish collaboratives in the days and years ahead.

Francis Burke and his wife of 27 years, Joanne, are members of St. Catherine of Alexandria parish in Westford. The Burke's have two children, Laura and David. Fran recently retired from a career in high tech and is currently pursuing a degree in Theology at the Theological Institute for the New Evangelization and also a certificate in Spiritual Direction and Retreat Leadership at Creighton University. Fran and Joanne have worked with the ACTS Retreat group at St. Catherine for the last 6 years. He was called to the diaconate by the opportunity to serve others, hopes to continue his ministry focused on serving the poor and homeless. Fran will be assigned to St. Mary Parish in Chelmsford and to the Diaconate Formation Office following ordination.

Michael Curren and his wife Paula are members of St. Agnes Parish in Reading. Mike and Paula have three children: Brenna is a teacher in Burlington, Maura is an administrative manager at Children's Hospital, and Timothy is a Greek Orthodox priest at St. Vasilios Parish in Peabody. Father Timothy is married to Dr. Nijmeh Hodaly Curren of Beit Jala, Palestine. Mike started his secular career as a social worker and currently works in non-profit administration as a senior vice president for the Cure Alzheimer's Fund in Wellesley. Mike will serve at St. Augustine Parish in Andover and the Office of Ecumenical Affairs following ordination.

William C. Dwyer and his wife Jeane currently reside in Merrimack, NH and are members of St. Catherine of Alexandria in Westford. They have three grown children -- Patrick and his bride Erin, Timothy, and Meghan. Bill's secular career has been in accounting and finance for both large and small companies. Living his Cursillo weekend was a springboard to a deeper relationship with the Lord. He heard a call to the diaconate during the Spiritual Exercises of St. Ignatius. Bill will be assigned to St. Catherine of Alexandria Parish in Westford, St. Anne Parish in Littleton, and to the Pro-Life and Respect Life Office following ordination.

George Escotto and his wife Maria are members of St. Patrick Parish in Lawrence. They have been married for 22 years and have been blessed with a daughter, Lesly, who is a student at Northern Essex Community College. George works in a nursing home as a custodian where he has the daily opportunity to be the presence of Christ to those who live there: "I feel like I am living a ministry here and seeing Christ in every one of the people who live in the nursing home every day." George will be assigned to St. Patrick Parish in Lawrence and to the Office of Cultural Diversity following ordination.

Edward S. Giordano and his wife Carol live in Stoneham and are members of St. Patrick Parish. Carol and Ed have two adult children, Mary and Matthew, and a daughter-in-law Jamie. Ed is the Director of Engineering at C.L. Hauthaway in Lynn. Ed feels his four years of academic study and spiritual formation have been a blessing that has allowed him to grown closer to our loving, kind, and merciful Lord, Jesus Christ. Ed hopes that he will serve Jesus and the people of God with that same love and compassion. Following ordination Ed will be assigned to St. Barbara Parish in Woburn and to the Campus Ministry Office.

Chuck Hall and his wife Mary live in Rowley and worship at Our Lady of Hope Parish in Ipswich. Chuck has been a sheet metal mechanic, machinist, singer-songwriter, radio personality and software engineer. He continues an active musical life as a song writer and in producing audiobooks, including a reading of Chesterton's "St. Francis of Assisi." His most recent audio work was the narration of a documentary film on the life Father James Alberione, the founder of the Daughters of St. Paul. Chuck has been influenced greatly by the writings of G. K. Chesterton and the life and ministry of Pope Saint John Paul II. Shortly after being received into the Church, he lived a Cursillo weekend which also was a strong influence in his life. Chuck will be assigned to St. John the Baptist and St. Thomas the Apostle Parishes in Peabody and to the Office of Ecumenical Affairs following ordination.

Franklin Mejia was born and raised in the Dominican Republic. Franklin is married to Wendy R. Mejia. They are the proud parents of Gabriel Andres, 10 and Isabella Maria, 7. He and his family are active members of St. Mary of the Annunciation parish in Cambridge. Franklin holds a Political Science degree and has been involved in television production. Franklin came to know Christ as a child thanks to his Grandfather Nicacio Mejia, who introduced him to the spiritual life and the doctrine of the Catholic faith. At a very young age, Franklin was an active member and youth leader of the Salesian Youth Group in his community. Upon arriving to the United States, Franklin worked for the Hispanic Youth Ministry in the Archdiocese of Boston organizing inter-parochial youth sports tournaments, youth leadership formation programs and an evangelization ministry dedicated to visiting the youth in jail. Franklin will be assigned to Sacred Hearts Parish in Malden and to Catholic TV following ordination.

Eric Peabody and his wife, Renee, live in Haverhill and have been married 20 years. Eric is a division manager at a national home improvement retailer and Renee is an administrative assistant at St. Basil Salvatorian Center in Methuen. Eric and Renee have two daughters, Haley and Mary. The Peabody family are currently members of the collaborative of St. Lucy and St. Monica Parishes in Methuen. Eric's great uncle, the late Father Dennis T. Nason, encouraged Eric to consider a diaconal vocation. Following ordination Eric will be assigned to Sacred Hearts Parish in Haverhill and the Office of the Catholic Labor Guild.

Jesus Pena and his wife Margarita are members of St. John the Baptist Parish in Peabody and have three grown children. Jesus works as a case manager for the Commonwealth of Massachusetts. Jesus began his vocational journey in April 2009 when, feeling drawn to serve Christ more deeply, he turned to a trusted priest in the community, Father Alonso Macias, who suggested the diaconate. Jesus feels blessed by the many men of faith who have served as mentors to him over the past twenty years, including many wonderful priests and deacons. Following ordination Jesus will be serve as a deacon at the Salem collaborative of Immaculate Conception, St. James, and St. John the Baptist Parishes as well as in the Diaconate Formation Office.

Alvaro Jose Leiva Soares was born in Belo Horizonte, Minas Gerais, Brazil and married his wife Carla in 1986. Alvaro and Carla are proud parents of three grown children, Alvaro Jr., Ivan, and Natalia. They are members of Holy Family Parish in Lowell and active members of both the Brazilian Apostolate and the Charismatic Renewal in the Archdiocese of Boston. Alvaro holds degrees in Economics and Computer Science as well as an MBA. He is fluent in Portuguese and English, and proficient in Spanish. Alvaro is currently working for Kaspersky Labs in Woburn as a product support engineer. Alvaro is currently responsible for the formation program inside of the Brazilian Ethnic Leaders. Following ordination Alvaro will be assigned to Holy Family Parish and the Office of Cultural Diversity.

Michael Tomkins and his wife Danni live in Wilmington and are parishioners at St. Thomas of Villanova with their five children Hailey, Lauren, Victoria, Joshua, and Meghan. Michael attended Boston University where he received a degree in Computer Science and is now employed as chief technology officer for a financial software company. Raised in an active Catholic family and educated from elementary through high school at Saint Clement in Medford, the seeds of faith were planted at an early age. He and Danni found their true passion was for youth ministry where they served for over twenty years in numerous parishes throughout the archdiocese. In 1999 Michael and Danni each received the Pro Deo et Juventute award given in recognition of continuous and praiseworthy service to young people. Michael will be assigned to St. Francis of Assisi Parish in Dracut and the Office of Faith Formation for Youth and Young Adults following ordination.

Tam Van Tram and his wife, Thom, have been married for 39 years, live in Andover, and have two daughters and two grandchildren. They are members of St. Theresa of Lisieux Parish in North Reading and the Vietnamese community at Sacred Hearts Parish in Malden. Tam had a long career in technology and business and now works as an Adjunct Professor at Middlesex Community College teaching Chemistry, Math, and Computer Science. Tam was raised as a Buddhist in Vietnam and grew up during in the midst of the devastating war that raged in his homeland through the 1960s and 1970s. He converted to Catholicism in 1997. Following ordination Tam will be assigned to St. Theresa Parish in North Reading and to the Campus Ministry Office.

Carlos Simon Valentin and his wife, Angelica, have been married for 16 years and live in Lynn. They have two children, Nicholas and Angel. Simon and Angelica have been active parishioners of St. John the Baptist Parish in Peabody throughout their married life. Simon is a draftsman and Auto Cad graduate and is currently employed by Greater Lynn Senior Services as a driver for "The Ride," which is part of the Massachusetts Bay Transportation Authority. Simon is the youngest member of the Class of 2014 and will be assigned to St. John the Baptist and St. Thomas the Apostle Parishes in Peabody and the Office of Cultural Diversity following ordination.