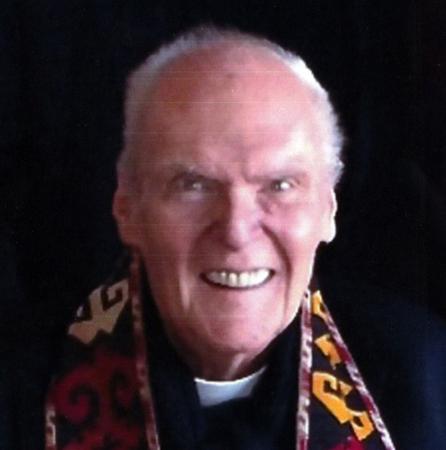 "He was the most interesting man I ever spoke with" so said Bishop Robert Hennessey who was the principal celebrant of the Funeral Mass of Father Carney Gavin on Aug. 29 at St. Columbkille Church in Boston's Brighton section.

Born in Boston on March 28, 1939, he was son of the late Patrick and Grayce (Carney) Gavin. On his mother's branch of the family tree he could list Boston's premier Catholic philanthropist, Andrew Carney.

By all accounts he was brilliant student, so much so that on his graduation from Boston Latin School he entered Boston College as a junior. His famous relative had helped establish the college in its first home in Boston's South End; young Carney went to the new campus at Chestnut Hill.

He spent a year at Oxford and following his graduation from Boston College he was sent to seminary studies in Innsbruck, Austria. At the time the archdiocesan seminaries were bursting, literally, with candidates and Cardinal Cushing sent seminarians not only to Rome, but to Louvain in Belgium; to Maynooth in Ireland and to Innsbruck in Austria.

On April 3, 1965 the auxiliary bishop of the Innsbruck-Feldkirch diocese, Most Rev. Bruno Wechner ordained Carney to the priesthood in Austria.

The newly minted Father Gavin returned to Boston and was assigned to residence at St. Columbkille Rectory in Brighton. Amazingly, it would be the only assignment he ever had in the archdiocese; in 49 years of priestly ministry he had this single assignment.

However, that fact covers up the enormous impact and numerous relationships and friendships he developed over those years. His years in Austria had connected him to the royal family of Lichtenstein and he was called on to celebrate baptisms, weddings and First Communions of several generations of this family. In addition to German and French, he was fluent in two Semitic languages: Hebrew and Arabic and so developed relationships with people in Israel and nearby Arab speaking lands and was friendly with the members of royal family of Saudi Arabia.

Yet, all these connections never made him less accessible and endeared to the people of St. Columbkille parish. Among the priests concelebrating the Funeral Mass was Father Stephen Josoma, pastor of St. Susanna in Dedham who, in his youth, had been an altar boy for Father Gavin.

During his years at St. Columbkille his primary ministry was at Harvard University where he served for years Curator of the Archives of Historical Documents and was a familiar face at its Semitic Institute.

The church which seats about 1,000 people was nearly filled to standing room only. Joining Bishop Hennessey as concelebrants were Boston Auxiliary Bishops John Dooher and Arthur Kennedy and former Auxiliary Bishop Walter Edyvean. Among the more than dozen priests present were two former pastors of the parish: Msgr. William Fay, who was the homilist for the Mass; and Father Richard Shmaruk currently pastor of St. Anthony of Padua, Woburn as well as the present pastor Father Richard Fitzgerald.

Father Gavin was an only child and he left no immediate family. Burial services were, at Father Gavin's request, private.