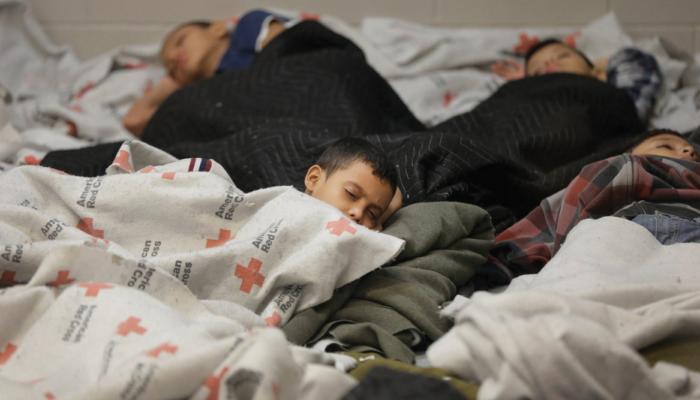 BRAINTREE -- Cardinal Seán P. O'Malley was among the local clergy who joined Governor Deval Patrick at a press conference, July 18, when the governor announced that two Massachusetts military bases could be used to house some of the influx of children coming to the United States over the border with Mexico.

At the request of President Barack Obama, Patrick said he would make available Camp Edwards on Cape Cod and Westover Air Reserve Base in Chicopee to potentially house some of the immigrant children while they await processing by federal immigration authorities.

According to Patrick, one of the two Massachusetts military bases could serve to house some of the children if either is approved by the U.S. Department of Health and Human Services.

According to the governor, the regional office of Health and Human Services requested that Massachusetts temporarily shelter detained children during processing for deportation or reunification with families living in the United States. HHS requested the use of up to 90,000 square feet of space for up to 4 months to accommodate up to 1,000 children.

HHS and FEMA sought the use of facilities that ranged from military bases to unused shopping malls with spaces for children to sleep, eat, play and go to school. The average stay for children sheltered there would be 35 days, with all expenses going to the federal government.

Speaking at the press conference, Cardinal O'Malley pledged support for the plan.

"Governor Patrick has recognized the authentic human tragedy, and indeed humanitarian crisis, presented by the children now at the border coming from Central America," he said.

"This past week, Pope Francis in addressing the question of immigration globally, recognized both the complexity of the question in its broad dimensions, but then focused on the overwhelming immediacy of the needs of these children," Cardinal O'Malley said.

The cardinal said the issue of immigration on a broad scale impacts not just U.S. Catholics or Massachusetts Catholics, but the entirety of the Catholic Church.

"The Catholic Church at every level, globally, nationally and locally has long experience in assisting immigrants and refugees often fleeing from danger, suffering and deprivation, and we are willing to enter a collaborative relationship with the government to meet this urgent emergency," the cardinal said.

He committed the Archdiocese of Boston to some support to the effort as well.

"We do not have Church facilities that are appropriate, but we do have social service agencies in the archdiocese with skilled resources to provide programs of assistance and support within the framework of a larger federal and state program providing finances and collaboration," he said.

He said primary concern should go to the children in this situation.

"It is crucial for all of us I believe to begin any discussion with our eyes on these children. The Archdiocesan agencies are already stretched by demands here at home, but we still wish to offer our help in facing this humanitarian emergency. I ask my own faith community and the wider public to understand compassionately the extreme circumstances these children are facing. As a country and a Church we are capable of providing crucial assistance," Cardinal O'Malley said.

Local politicians in Massachusetts in some cases voiced opposition to the plan after the press conference, and a group protested on July 20 near Camp Edwards.

"There are practical, policy and political arguments not to shelter these children, and I have heard many of them," the governor said at the press conference.

He said he searched his conscience and consulted with some of the faith leaders present in reaching the decision to move forward with the plan to house the children in Massachusetts.

"I have come down where I have for two main reasons, love of country and lessons of faith," Patrick said.

"The point is that this good Nation is great when we open our doors and our hearts to needy children, and diminished when we don't," Patrick said.

The governor also referred to the idea of Christian accountability.

"The other reason I have offered our help is more personal, less about patriotism and more about faith. I believe that we will one day have to answer for our actions -- and our inactions," he said.

He referred to scripture, saying that "if a stranger dwells with you in your land, you shall not mistreat him," and "love him as yourself; for you were strangers in the land of Egypt" -- both from Leviticus.

He invoked Jesus Christ's words in the Gospel of Matthew "inasmuch as you did it to one of the least of these" the governor said Christ tells us "you did it to me."