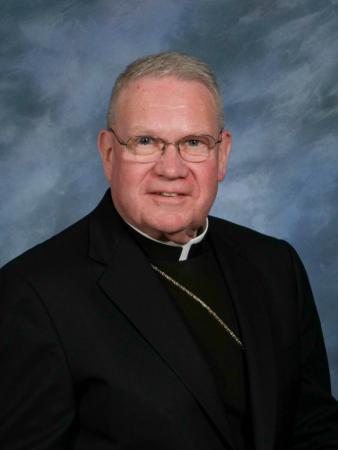 Pope Francis has accepted the request of Boston's Senior Auxiliary Bishop, the Most Rev. Walter James Edyvean to retire from the office of auxiliary bishop. In accordance with Canon Law, the Medford native had submitted his resignation last fall at the time of his 75th birthday. The announcement of the acceptance was made in an unusual Sunday notification from the Holy See on June 29, 2014.

The date was doubly significant for Bishop Edyvean since it was on that date in 2001 that he was named an auxiliary of the archdiocese by Pope John Paul II; Cleveland's present bishop, the Most Rev. Richard Lennon was named on the same day. The double Episcopal ordination for the two who had known each other since Richard Lennon then a seminarian had been a student of then Father Edyvean at St. John Seminary, Brighton was celebrated at Holy Cross Cathedral on Sept. 14, 2001.

The other significance for Bishop Edyvean is that June 29 is the Solemnity of Sts. Peter and Paul a feast celebrated with particular joy in Rome where the bishop not only completed his seminary studies but was also awarded his doctorate in scared theology from the Pontifical Gregorian University.

When The Pilot returns from hiatus with its July 18, 2014, we will have a full story.