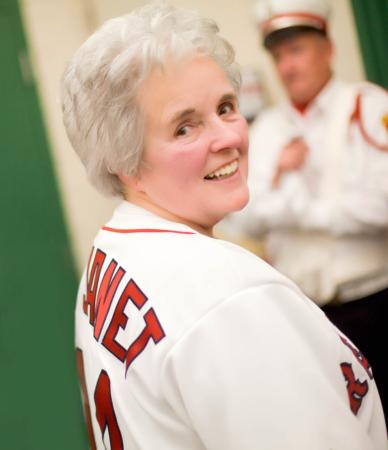 Emmanuel College President Sister Janet Eisner, SND, threw out the ceremonial first pitch to start the Red Sox-Twins game at Fenway Park June 18. Sister Janet, who has led Emmanuel for more than three decades, was honored as the nation's longest serving woman college president. Her appearance was part of Nun Day, a Fenway tradition from the 1960s that was revived by the Red Sox Foundation in 2013. Nearly 300 women religious attended the game this year and watched the Sox pull off a 10th-inning 2-1 walk-off win over Minnesota.