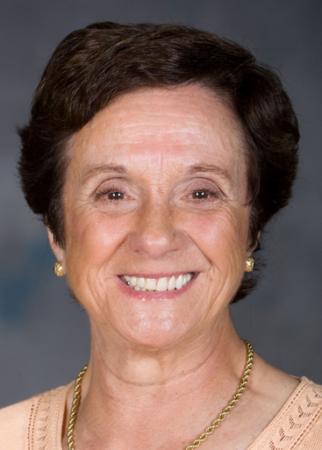 BOSTON -- The archdiocese's assistant director for Hispanic catechesis, Maria Pilar Latorre, was honored by the Boston College School of Ministry and Theology not with an award or a medal, June 16, but with a symposium.

Director of graduate programs in Hispanic ministry at STM Hosffman Ospino said the symposium, by educating guests on the state of Hispanic Catholicism in the United States, more authentically honored Latorre's 40-plus years of service to the Hispanic community of the Archdiocese of Boston through catechesis.

"The symposium that we had yesterday was to honor the work of Pilar Latorre, pretty much a lone ranger for many years. The first 10 years, for instance, she did this work in the Archdiocese of Boston for free. She didn't receive one penny," Ospino said.

Ospino said that throughout her years of service Latorre has served selflessly in her advancement of Hispanic catechesis in the archdiocese. Latorre designed and directed the Instituto de Formacion de Laicos, (Institute for the Formation of the Laity) a program of the Office of Religious Education, that recently graduated 34 participants.

Ospino said, as the archdiocese changes demographically reflecting overall changes in the U.S., the need for people like Latorre grows in the ministries of the archdiocese.

"For four decades there has only been one Pilar Latorre, but considering the needs and the changes in the Catholic population, an office like the Office of Religious Education or Evangelization in the Archdiocese of Boston should have at least four or five Pilar Latorre's working with Hispanics," he said.

He said various communities including the Haitian and Brazilian communities should have someone in a similar role of catechesis to that of Latorre.

"One of the biggest points that I was making was that of all Catholics, when you put together all Catholics under the age of 18 in the United States, about 65 percent are Hispanic. So, that very much tells you that the present and the future of Catholicism in this country is closely linked to the Hispanic presence," he said.

The evening also included a dinner, where guests reflected on the contributions of Latorre to the archdiocese and recalled her work.

Ospino said her nearly 30 years working as a college professor contributed to her intellectual credibility, but she also earned a kind of in-the-trenches reputation throughout her years of service to the archdiocese.

"Over and over again people were making the connection that most of us have met Pilar, not as the person, or the bureaucrat perhaps working in an office in the chancery, but most of us have met Pilar on the ground, you know, always in parishes. Constantly we saw Pilar organizing events, congresses, faith formation programs, and she was always with the people," he said.