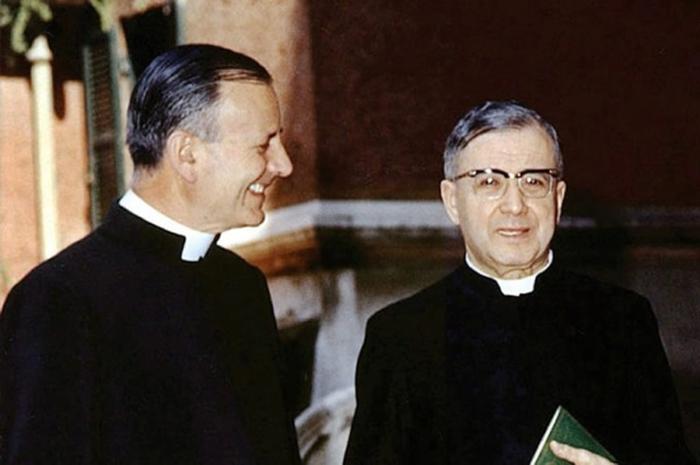 BRAINTREE -- Cardinal Seán P. O'Malley will preside over the closing session of the diocesan phase of the cause of canonization for Father Joseph Muzquiz May 22 at 11 a.m. in the Archdiocesan Pastoral Center in Braintree. The boxes containing the evidence gathered through the diocesan investigation, including declarations from witnesses and other documents, will be sent under seal to the Vatican's Congregation for the Causes of Saints. This will end the local stage in Father Muzquiz's cause of canonization and the process will now move to Rome.

Soon after his cause was opened in June 2011, Cardinal O'Malley said: "We are blessed that the cause of sainthood for Father Joseph, the priest who brought Opus Dei to the United States, is taking place here in the Archdiocese of Boston. We need to hear more about priests, religious and lay people who faithfully lived their vocation to holiness in contemporary times. Father Joseph showed us that the virtue of everyday heroism can be achieved by all people of good faith who open their heart and soul to the gift of God's graces."

Father Muzquiz was born in 1912 in Badajoz, Spain. As a college student he met St. Josemaria Escriva de Balaguer, the founder of Opus Dei, just before the civil war in Spain broke out. When the war ended, responding to God's call, he joined Opus Dei in January 1940. He was ordained a priest in 1944, and was one of the first three priests in Opus Dei.

At St. Josemaria's request, in 1949 Father Muzquiz went to the United States to start Opus Dei's apostolic work there, first in Chicago and then in other cities. In the late 1950s, he traveled extensively, laying the groundwork for Opus Dei's beginnings in Asia. He subsequently worked in Rome, Switzerland and Spain.

In 1976 he returned to the United States to be the U. S. head of Opus Dei. On June 21, 1983, Father Muzquiz died, after suffering a heart attack while teaching a class at Arnold Hall Conference Center in Pembroke, Massachusetts.