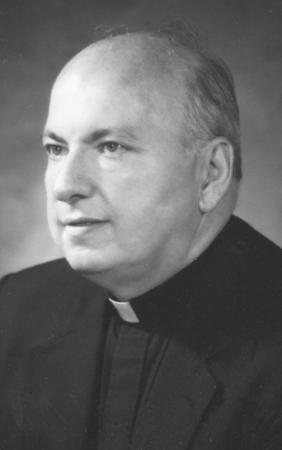 A priest of the archdiocese since his ordination in 1967, Father Thomas J. Reilly died in Boston on April 22; he was 73 years old.

A native of Boston where he was born on July 13, 1940, he was a son of the late Patrick and Elizabeth (McHale) Reilly. Raised in the Hub's Allston section he was one of the many vocations springing from St. Anthony of Padua Parish. Following his elementary and high school education, he entered the archdiocesan seminaries, first at Cardinal O'Connell in Jamaica Plain and then at St. John's, Brighton, the latter a two mile walk from his family home.

Richard Cardinal Cushing ordained him to the priesthood at the Cathedral on June 7, 1967; assigning him as an assistant at St. Margaret, Burlington. In 1972 he was assigned as an associate at Our Lady of Lourdes, Jamaica Plain, and the following year he went to Catholic University, Washington, D.C. for studies in religious education. On his return to the archdiocese, he was named part-time director of religious education for the archdiocese and part time associate at Sacred Heart Parish, Quincy. In 1976, he became full-time parochial vicar in the Quincy parish, where he served until 1985.

In July 1978, he was named a part-time chaplain of the Boston Police department, a position he held for many years in conjunction with his other priestly assignments. Cardinal Bernard Law named him pastor of St. Catherine of Siena, Charlestown in November 1985; pastor of St. Monica, South Boston in January 1991; and as pastor of St. Mary, Foxborough in August 1997.

Cardinal Seán O'Malley appointed him pastor of Our Lady of the Assumption parish in Marshfield on Jan. 7, 2008, and just about nine months later granted him senior priest retirement status due to declining health.

Following his Funeral Mass Father Reilly was buried in Evergreen Cemetery, Brighton. His immediate survivors are his siblings; his sisters: Maureen, Braintree; Patricia Clifford, also of Braintree; and Eileen Rayne and Theresa O'Donnell of Quincy; and a brother James, also of Quincy.