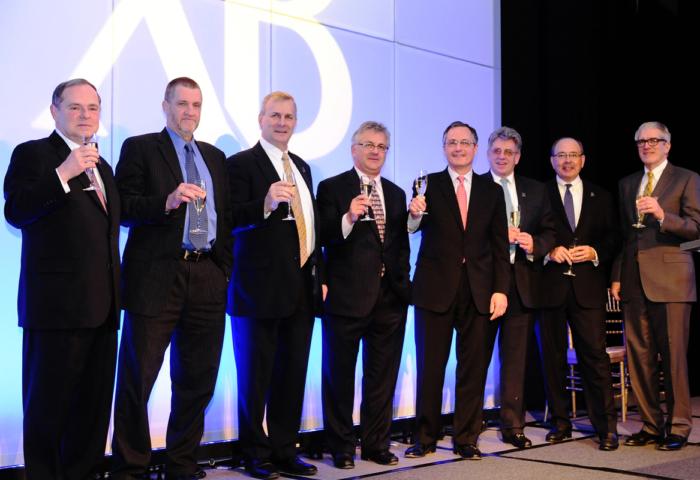 WESTWOOD -- Xaverian Brothers High School, which is celebrating its 50th year in providing all-boys Catholic education to more than 70 communities in Massachusetts, has launched "Called to Lead," a new $20 million capital campaign.

The chairman of the Board of Trustees and a graduate of the Class of 1968, Rick Spillane, announced the campaign at the school's 50th Anniversary Gala held March 22, attended by 1,000 supporters.

Jack Egan, a graduate of the Class of 1975 and executive vice chairman of the campaign, announced that the campaign has already secured $15 million, thanks to the leadership of members of the Board of Trustees and other supporters of the school.

"Called to Lead: The Campaign for Xaverian Brothers High School" seeks support from alumni, parents, grandparents, and friends to help make critical investments which will support the endowment for financial aid and teaching excellence, programs and facilities, and the school's annual fund program.

In the last year, Xaverian has launched substantial strategic initiatives, including expanding the school's academic and athletic space, as well as opening the Francis Xavier Division, a program for boys in grades 7 and 8 which will begin in fall 2014. Completion of all construction projects are scheduled for fall 2015.

"We launch the campaign at a moment when Xaverian is poised to build on past progress and undertake significant steps to become even more, a distinguished Catholic school in the tradition of the Xaverian Brothers," said Headmaster Brother Daniel E. Skala, C.F.X.

The leadership committee for Called to Lead, includes Chairman of the Board Rick Spillane of Wellesley, Campaign Executive Chairman Jack Egan of Hopkinton, campaign co-chairs John Brennan of Westwood, John Murphy of Westwood, and Rick Roche of Westwood, as well as advancement committee chair for the Board of Trustees, Dave Capobianco of Holliston.

Skala noted that Xaverian is a school where students discover their capacity for leadership.

"Just as our students are called to lead, so too is Xaverian -- called to meet the challenges of the future and advance our mission in preparing young men to meet the demands of higher education, contribute to society, and answer the call of Christian service," Skala said.

Visit www.xbhs.com/calledtolead to view the campaign website and learn more about the initiatives.